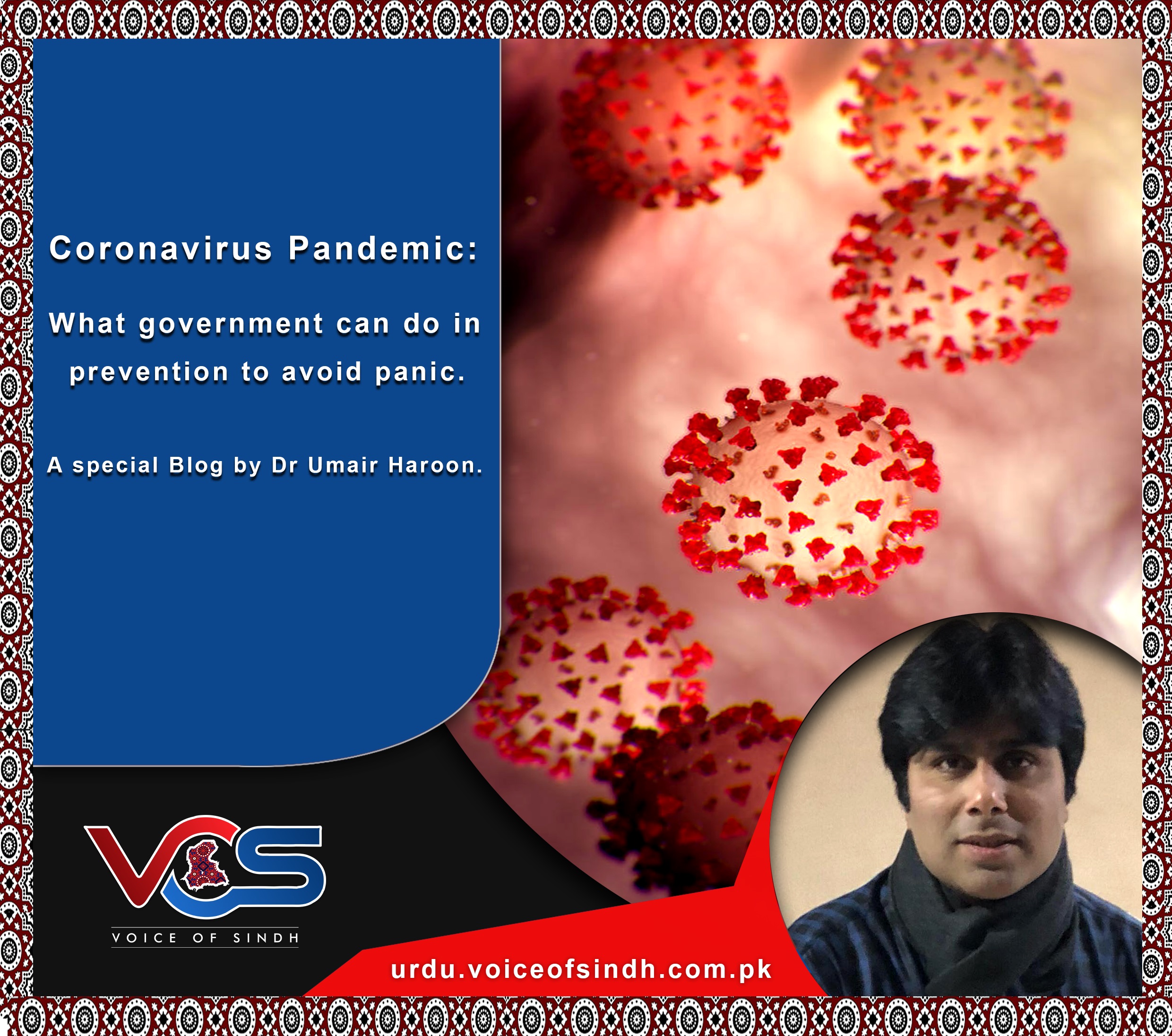 Coronavirus has surfaced as the most arduous natural challenge of our times that has pushed even some of the most developed countries of the world to a standstill – leaving the billions of people in lurch. In the aftermath, since the countries with quality healthcare fall short of strategies and resources to deal with the pandemic, a developing country like Pakistan is exposed to even bigger vulnerabilities as we draw close to the beginning of exponential rise with each passing day.

The case studies of countries like Japan and South Korea that have been somewhat successful in flattening the curve carry an example for a country like ours that fortunately has enough room to learn from the experiences of the other states in tackling the coronovirus. It is also heartening that in a major victory against coronavirus, China, from where the coronavirus outbreak began, has drastically reduced its number of new cases and as of today, there was not a single new case reported in Wuhan and no new locally transmitted case throughout the country i.e. three months after the first case surfaced. Therefore, it is pertinent to follow what worked for the aforementioned countries and shun what did not work for those that continue to witness an exponential growth in the cases.

Pakistan at present has a total number of 331 confirmed cases, with two casualties. So far, things are under control but like it should not call for panic, it should not offer space for negligence either – for many countries, especially Italy that is currently losing hundreds of people every single day, started the similar way. Despite government’s instructions, the citizens failed to uphold the announced precautionary measures and hence today they see an uncontrolled surge in deaths as well as the new cases. Consequently, before things wriggle out of hold, carrying out some steps ahead of time, which are inevitable, may save us from a possible disaster.

Pakistan can only mitigate the spread of contagion with three major forces hand in hand at work: the state, the healthcare professionals and the nation.

At first, it is imperative to prepare to be on war footing against the coronavirus on emergency basis – which is only possible with the close coordination and cooperation among the aforementioned stakeholders. Listed below are some of the important measures and strategies that may come handy in tackling the challenging virus:

1.       Strict compliance of the directives issued by respective provincial and federal administrations by the public, with strict supervision from the law enforcement agencies to take necessary action in case of non-compliance – in order to convince as well as influence the public to help contain the virus.

2.       Responsible reporting by the media on creating mass awareness about the spread and containment of coronavirus, avoiding the urge to create buzz by false reporting or exploiting any ethnic or sectarian lines.

3.       Establishment of quarantine facilities and temporary hospitals on urgent basis all across the country, especially in the major cities and the areas at risk.  The marquees, empty school buildings as well as hotels may be equipped and put to use to dedicate space for the possible patients – mostly in the suburbs of the major cities.

4.       Zero politicization of the crisis since the politics can wait, but the health cannot. Political stakeholders should increase cooperation among each other and volunteer to help governments fight the crisis instead of indulging into petty politicking.

5.       Immediate partial lockdowns across the country in order to ensure social distancing – with educational institutions and markets closed down initially for at least 15 days.

6.       Given government’s orders to procure substantial capital and equipment to deal with the coronavirus in case of an upsurge in cases, there should also be observed a zero discrimination policy and timely distribution in terms of provisions of required facilities. It must also include the provision of protective gear to all the hospital staffs and paramedics so they may be kept secure while dealing with the suspects and patients. Because it has been reported that the medical equipment purchased by the federal and provincial governments earlier in March has yet to reach the hospitals. Any such negligence would be termed as criminal if it leads to a delay in containing the community spread of virus.

7.       Lowering down the interest rates by at least 4 percent – following the other countries hit by coronavirus pandemic in order to provide relief to the business community as well as the general public.

8.       Vigorous participation in the relief process by the privileged class as we all fall in same circumstances at the moment – for the virus attacks irrespective of our social status. Therefore, any voluntary services as well as the financial or material help must be extended to help the needy to fight the pandemic together. Governments have already been thinking out ways to help the populace, an active civil society here would work wonders in rising together as a nation during these testing times.

9.       Government must also maximize its testing capacities because the countries that are flattening the curve had done testing in abundance, so must we utilize our resources in procuring the testing kits in profusion and also work out ways for local manufacturing.

The governments have been doing much, a lot more needs to be done. But nothing would help if we are not in this fight together. A single coronavirus carrier in Bengal created havoc in the entire country, so we must act responsibly and cooperate with the state administration as well as the health professionals who have risked their lives to save ours.