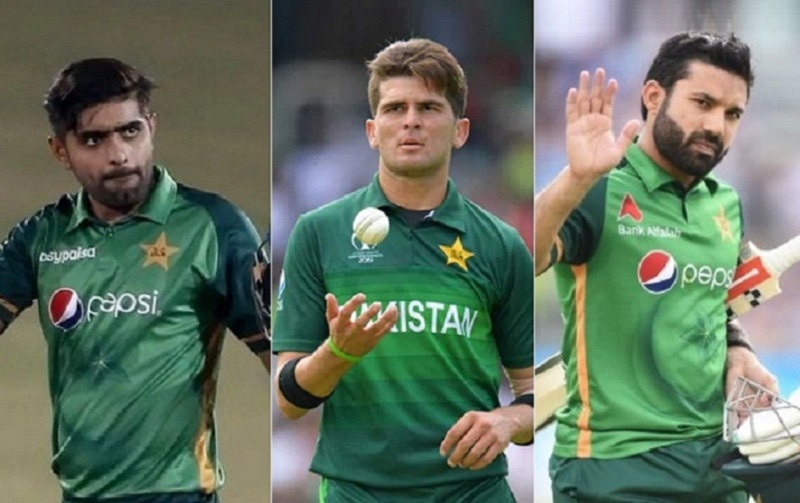 LAHORE: The Pakistan Cricket Board (PCB) on Thursday announced its men’s central contract lists for 2022-23, which comes into effect from Friday, 1 July.

It is the first time in history that the cricket board has introduced separate red and white-ball contracts, and added four more players to the ’emerging’ category. This means 33 players, with a difference of 13 players as compared to the previous season, have received contracts for the next 12 months.

As per the statement released by PCB, the cricketers who have received both the red and white-ball contracts include Pakistan’s all-format captain Babar Azam, along with Hasan Ali, Imam-ul-Haq, Mohammad Rizwan and Shaheen Shah Afridi.

Among the 10 players who have received red-ball contracts, Azhar Ali has been promoted to Category A, Abdullah Shafique and Naseem Shah have been placed in Category C, which is also a first.

Fakhar Zaman and Shadab Khan, who were in Category B in 2021-22, have been awarded Category A contracts, while Haris Rauf has been promoted to Category B. Mohammad Nawaz has been retained in Category C.

Shahnawaz Dahani and Usman Qadir have been promoted from Emerging to Category D where they are joined by first-timers Asif Ali, Haider Ali, Khushdil Shah, Mohammad Wasim Jnr and Zahid Mehmood.

In the Emerging Category, the PCB as part of its strategy to encourage, develop and incentivise up-and-coming domestic performers, has increased the number of players from three to seven.

Players in the emerging category are:

“I want to congratulate all those who have earned central contracts for the 2022-23 season, especially our four younger players who have received red-ball contracts for the first time as part of our vision and strategy to identify, groom and develop specialists for the traditional and purist format of the game.”

He said that he understands that there will be a few disappointed players who have missed out on contracts.

“But I want to reiterate that we are not limiting and restricting ourselves to these 33 players, Wasim said promising of including players from outside the list as and when required.

He said that the PCB has also expanded the category of emerging cricketers from three to seven as it is very important groom the cricketers who have potential to make it to the top level, and give an incentive to those players who have excelled in domestic tournaments.