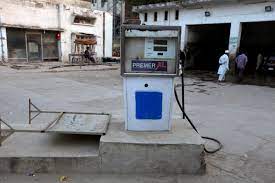 KARACHI: The Oil Companies Advisory Council (OCAC) has confirmed that the sale of petroleum products has gone down by 20% across the country.

According to OCAC, the sales of petrol and diesel witnessed a 20% cut since June 1. However, it is too early to say if it was caused by the price increment.

OCAC officials have it is also plausible that people had stockpiled the petroleum products before the price increase on June 3.

An exponential increase in petrol prices has been recorded over the last one month.

On May 27, the prices were increased by Rs30 per litre across all categories. This was the highest single increase in fuel prices in the country’s history.