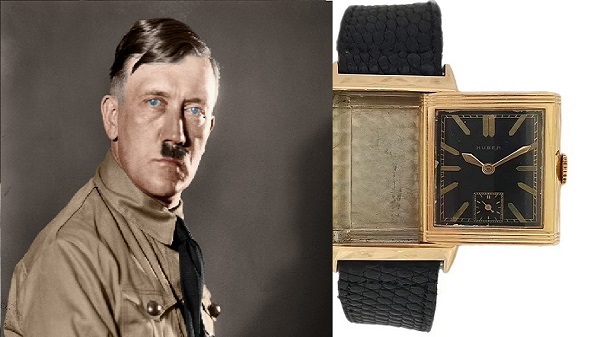 A wristwatch believed to be Nazi leader Adolf Hitler’s sold for $1.1m at an auction in the United States, reported BBC.

An anonymous bidder bought the antique timepiece that has the initials AH engraved on it. There is a swastika visible in the dial of the Huber watch.

Jewish leaders had condemned the auction before the sale at Alexander Historical Auctions in Maryland. Later, 34 leaders signed an open letter which called the sale “abhorrent”.

The product catalogue mentioned that the watch must have been presented to Hitler in 1933 when he became the Chancellor of the country.

There were other items at the auction such as Hitler’s wife’s dress.

Chairman of the European Jewish Association Rabbi Menachem Margolin said that the items helped those who idealise the Nazi party and what it stood for.

The museum on the other hand said that the sale was to preserve history and the sold items were donated to Holocaust museums.

While the auction house estimated $2m to $4m, the watch fetched a little over $1m, Deutsche Welle reported.