Youm-e-Takbeer: A Testament To Pakistan’s Resilience And How It Became World’s Only ‘Muslim Nuclear Power’ 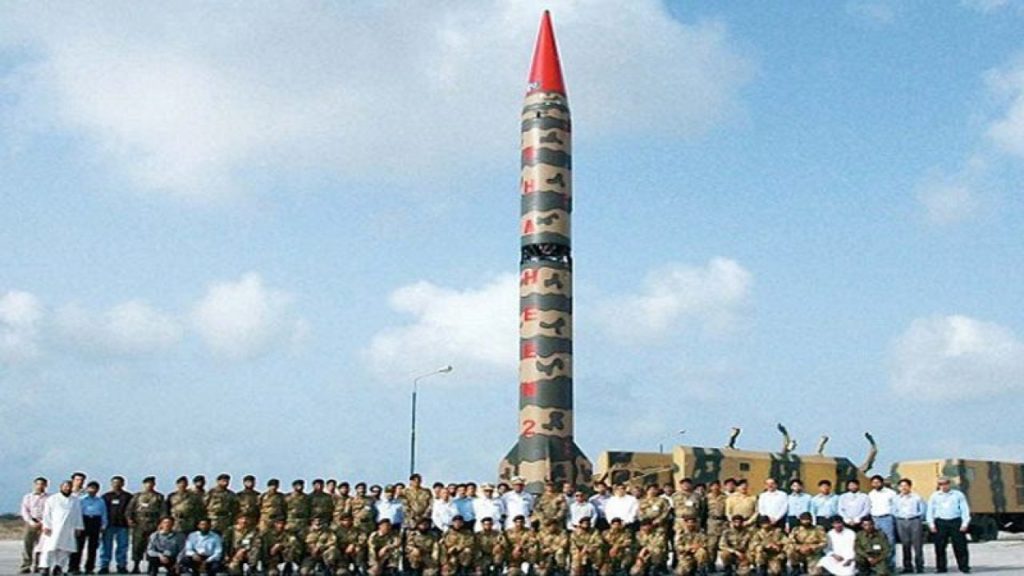 May 28th is commemorated as ‘Youm-e-Takbeer’ i.e. the day Pakistan became a nuclear power and it still remains the only Muslim country to achieve this feat to the present day. Youm-e-Takbeer is not merely a symbolic event but holds key historical significance as it reflects Pakistan’s undeterred resilience aimed at securing and asserting the country’s national interest against adverse circumstances and immense opposition from both internal and external actors and forces.

Today we remember May 28th, 1998 as the day when Pakistan cemented the ideological aspects of the Pakistan Movement and the day that overtly averred to the world that ‘Pakistan is here to stay!’.

The foundations of Pakistan’s nuclear program can be traced back to the establishment of the Pakistan Atomic Energy Commission (PAEC) in 1956; which despite being a purely civilian and non-military initiative/institution aimed at exploring peaceful means of exploring, developing, and utilizing nuclear technology, essentially provided valuable insight and critical know-how of nuclear technology which later contributed to Pakistan’s nuclear weapon’s program which was also complemented with the operationalization of KANUPP-I in 1972.

Initially, Pakistan hadn’t sought the weaponization of nuclear technology; however, this approach drastically changed following the aftermath of the Indo-Pak wars of 1956 and 1971 which categorically defined neighboring India as an ‘existential threat’ to Pakistan’s territorial integrity and sovereignty.

India’s nuclear weapons program which was initiated in 1967, the reports triggered alarm bells in Pakistan as the development was interpreted at the single-most potent threat faced by the country. PM Zulfikar Ali Bhutto duly recognized the need to counter India’s possible overwhelming hegemony if it developed nuclear weapons and Pakistan didn’t. In a statement in January 1972, PM Bhutto remarked that Pakistani scientists could essentially replicate the efforts of Raziuddin Siddiqui – aa Pakistani theoretical physicist who contributed in United States’ ‘Manhattan Project’ as well as the United Kingdom’s nuclear program.

India’s fast-paced nuclear program with evidently detrimental outcomes for Pakistan prompted the latter to expedite its efforts in the establishment of Pakistan’s own nuclear weapons program titled ‘Project-706’.

Invigorated with patriotism and the self-less will to serve the motherland, Pakistani scientists such as Dr. Abdus Salam – a Nobel laureate and theoretical physicist, Munir Ahmed Kham – Chairman PAEC, Dr Riaz-Ud-Din, Dr. Fayyaz Uddin, Dr Masud Ahmad, Dr. Faheem Hussain and most notable Dr. Abdul Qadeer Khan and several others who zealously worked tirelessly to achieve what then seemed impossible.

Pakistan’s nuclear weapons program faced overwhelming opposition and hurdles from the west, most notably the United States. Foreign intelligence agencies had been critically vigilant in digging into details pertaining to Project-706.

Not only did Pakistan face the possibility of sanctions, the country’s nuclear weapons program was also threatened by espionage and even the possibility of an attack on the Kahuta nuclear facility by India and other foreign forces.

In December 1972, Pakistani intelligence agencies apprehended French Ambassador to Pakistan, Pol LeGourrierec, and his First Secretary, Jean Forlot who were caught red-handed with spying gear near Kahuta Research Laboratories (KRL) nuclear facility with the later revelations indicating that the duo was in fact recruited by United States’ CIA.

Moreover, Israel and India intended to launch a joint airstrike on KRL nuclear complex. However, their intentions were effectively thwarted when PAF’s aggressor squadron intercepted Israeli fighter planes in close vicinity to Pakistan’s northern border and even managed to secure a missile lock in Israeli jets forcing the latter to retreat.

With the nickname ‘centrifuge Khan’, A.Q. Khan was a pioneer in uranium metallurgy and isotope separation based on gas centrifuges which played a central role in the 1998 nuclear tests conducted by Pakistan.

Khan played a notable role in resolving various problems concerning uranium centrifuges and together with G.D. Alam he successfully separated 235U and 238U Uranium isotopes.

Despite the fact that nuclear tests resulted in severe backlash from the west notably the US, Japan, Canada, Sweden, and Australia along with IMF which imposed several economic and trade sanctions, Pakistan had not only maintained its principle stance as to why it has the right to possess nuclear weapons, but the country had since then significantly increased its nuclear weapons stockpile with second and third strike capability enabling the country to retaliate against any aggression from the Indian side also. The UNSC passed Resolution 1172 condemning Pakistan’s nuclear tests as the west tried its utmost to coerce Pakistan into surrendering its nuclear weapons program and sign the Comprehensive Nuclear-Test-Ban Treaty (CTBT) – a multilateral treaty banning nuclear tests.

What The Future Holds

Ever since that fateful day 23 years ago, Pakistan has faced continuous and quite frankly baseless allegations regarding the security of its nuclear arsenal. Pakistan, on multiple occasions, has reiterated and proved the country’s infallible nuclear security. Irrespective of the worldwide opposition and outcry over Pakistan’s nuclear weapons stockpile has increased over the years with notable advancements in technology and delivery mechanisms/platforms, a process which is likely to continue in the future as well. As of today, Pakistan can ensure a retaliatory second and third nuclear strike via its land, sea, and airborne assets aka ‘nuclear triad’.

Additionally, Pakistan has effectively utilized nuclear power for civilian use and non-military use i.e. electricity production. The PAEC operates Chashma and KANUPP nuclear power plant facilities which are producing in excess of 2,000 megawatts (MW) of electricity.

Pakistan is likely to grow its nuclear weapons arsenal and further explore new non-military use of nuclear technology which will not only bolster national defense capabilities but will also contribute towards technological advancements and growth in various fields.