Asia’s largest lake on the verge of destruction 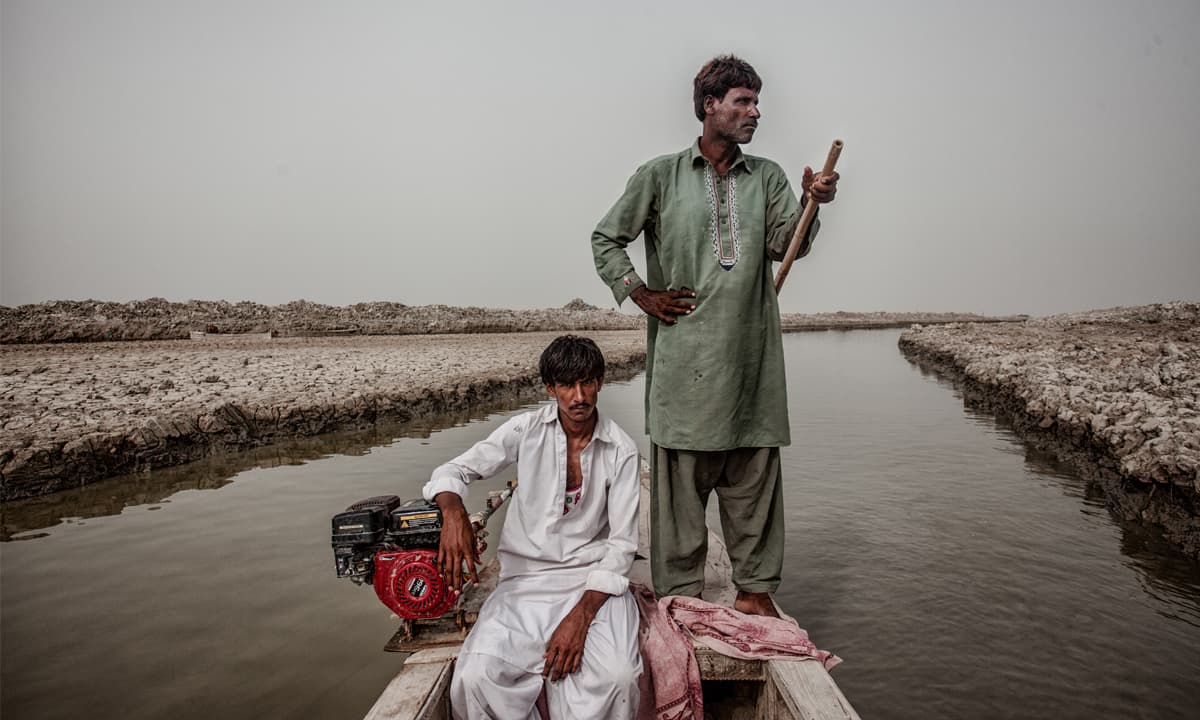 Manchhar Lake is a famous and historical lake of Sindh, which is known as the largest lake in the Asian continent. At one time, there was a tidal wave in Manchhar Lake. Also, when the Indus River was in its waves, its water would enter Manchhar through the Aral canal. By giving examples of the beauty of Abubahar Lake of sweet water, it became a rich source of employment for the local people. But in recent times, due to the lack of fresh water in Manchhar Lake and due to the poisonous water, even the daily bread has been poisoned, and living a life of poverty and starvation has become the fate of the sailors. Through OD and MNV drains flows into the belly of Lake Manchha. In addition to this, due to the change of seasons, the heavy rains and the large floods have also become the cause of the destruction of the fish, and the fish species have been destroyed. And the lands of the population also became barren because of the floods, all the water became poisonous, and the fish species in it reached the brink of destruction.

According to the locals, there were more than 400 species of fish in Manchhar Lake in the olden days. The water was so sweet at that time even grass was cultivated in huge quantity in Manchhar Lake. By eating which, the fish would grow better. The inhabitants of this place, consisting of almost sixty thousand families, lived their lives in the best way. They worked hard day and night to earn as they would feed their children.

There were sailors’ houses attached to boats on the four sides of Manchhar or around. Where the people of the fishermen community belonging to different neighborhoods used to live together but at present there are many problems due to the lack of fresh water in Manchhar. Fish species are getting destroyed. Due to the lack of fresh drinking water, the people of Manchhar were suffering from many diseases by using black (salty) water.

According to this lake, millions of acres of land were able for cultivation. The agriculturist always had a happy and learned time. On a daily basis, the fishermen used to catch hundreds of fish and supply them to the markets. In Manchhar Lake, which is spread over thousands of acres, apart from fish, there was also self-production of local under water food like, Bori, Bih, Bapan etc. of Manchhar Lake. But due to the lack of water, they could not satisfy their hunger even in these cold months. Due to the lack of fresh water in the big lake of the Asian continent, the migration of the fishermen community is going on. In the area with a population of 60,000 people, the poor people are forced to live on the verge of poverty. And there are also artisans of making boats which are famous in every region of the country.

How to save it from destruction

WAPDA has taken this initiative to put into effect the findings of a learn about related to therapy and re-use of saline water. This initiative is a section of the efforts to tackle water shortage in the country, fulfil necessities of agricultural financial system and meet the meals and ingesting desires of neighborhood population. The water so dealt with will be used to irrigate 11,000 acres of barren land. In addition, two million gallons of water will additionally be on hand per day for ingesting motive of the area.

As a first step, WAPDA is putting in one remedy plant of forty cusecs ability as a pilot task on left facet of Main Nara Valley (MNV) Drain at RD+93 in District Dadu of Sindh province at an estimated fee of Rs.3354 million.

It is pertinent to point out that on the instructions of the Honourable Supreme Court, WAPDA and the authorities of Sindh had mutually mounted 12 desalination plant life for ingesting water in periphery of Manchar Lake. Six of the vegetation had been funded with the aid of WAPDA whilst the Government of Sindh financed the set up of closing six desalination plants. These therapy floras have cumulative plan capability of 15000 liters per hour. About 25000 fishermen dwelling in the periphery of Manchar Lake are being facilitated with excessive first-class potable water (total dissolved solids 200 – 300 particles per million) through treating excessive saline effluent of Manchar Lake (total dissolved solids 5000 – ten thousand particles per million).

In addition to the 12 water cure plants, the Irrigation Department of Sindh has initiated steps for set up of six greater desalination plant life for the reason of making easy ingesting water handy alongside Manchar Lake area.