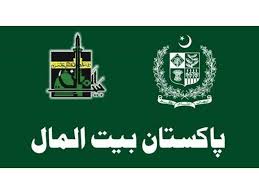 Supreme Court of Pakistan asked the Baitul Maal to provide a report regarding the distribution of zakat fund.

During the suo motu hearing of the coronavirus case on Monday, Chief Justice of Pakistan Gulzar Ahmed asked the Council of Islamic Ideology to give an opinion if the zakat fund could be used by Baitul Maal for office expenditures.

Justice Ahmed inquired where the zakat funds were being spent as no report had been submitted in court by the Baitul Maal department.

He also inquired about the mechanism of disbursement of the country’s Rs9 billion Zakat fund noting that the real issue was of transparency and it is important that the funds should not be used on expenses of government officials.

The chief justice also asked all the provinces and ICT to submit a report on the disbursement of funds during the next hearing.

Justice Umar Ata Bandial, a member of the larger bench, also observed that while the court has been informed that the federal government collects Rs9 billion in Zakat, which is later shared with provinces, details of disbursement have not been provided.

Justice Bandial further said that the federal government should conduct an audit of the fund as it will not affect provincial autonomy.

Oil prices drops to the lowest level since 1999