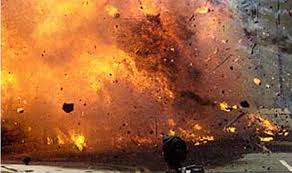 A blast in Rawalpindi is reported to leave one person dead and four injured.

According to early reports, the blast occurred in Saddar town of Rawalpindi on Friday.

SSP Operations Police has reached the area along with a heavy contingent of police. Rescue activities are underway.

Further reports form this crime scene will be updated as received.