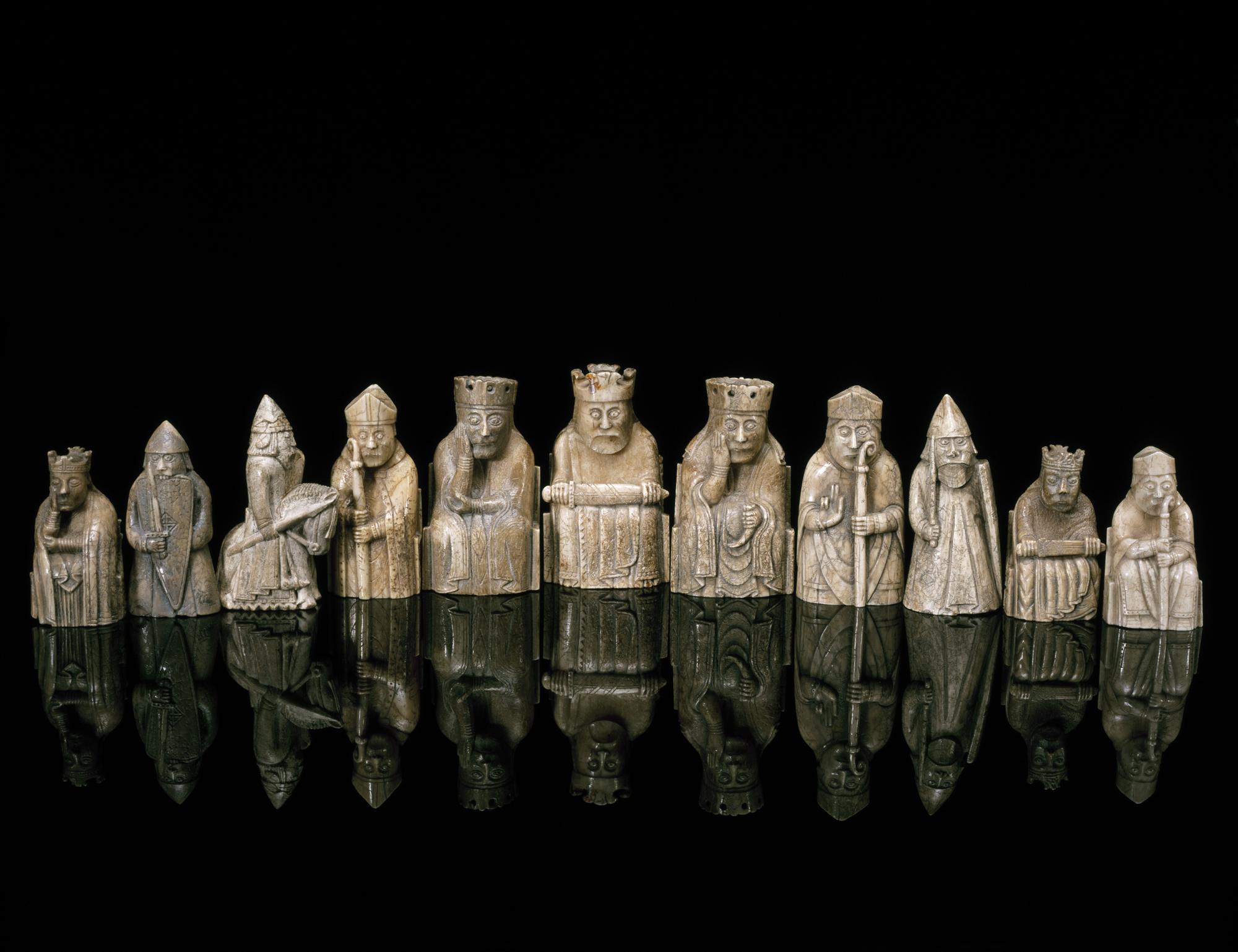 This is also confirmed by the fact that a complete chess board of 2400 BC has been found in Lothal, one of the major cities of the Indus Valley Civilization.

Chess was a very popular game in the Harappa civilization. The following is an extract from the results of the Lothal excavations (1985 edition) published by the Archaeological Society of India:

And here is another ancient chess piece that was originally from India. It was carved from ivory. When they conquered Sindh, it fell into the hands of the Arabs. It is now in the Louvre Museum, Paris.

An early Persian painting shows an Indian ambassador (shown in black binding) introducing chess to the Persians at the pre-Islamic Sassani court.

Arabs and Europeans learned this game through the Persians. The king who introduced chess is named “Deva Sharma” in Persian sources.

Some people claim that chess was invented by Muslims. This is not true at all. Some people consider chess as a game distilled from other civilizations, this is also contrary to the facts.

From Sindh, this game spread all over the world. It has been very popular among the rulers, kings etc. of different regions of the world, which they used to play with great interest and anyone’s interference during the game used to affect their health. It is a very popular sport in Egypt. In the 10th century AD, Abu Bakr al-Suli from Babylon (Iraq) was considered the most skilled player of the game. Its popularity in Europe also seems to be on the rise.

It is important to mention some special commands related to chess. Chess is a game played between two players on a square board. This game is based on mental strategy. Its ancient name was Chaturanga. (which is derived from the Sanskrit words “chattu+ranga” meaning “four+arms”) In Arabic, because ‘Ch’ and ‘G’ do not have the letters of the alphabet, it was called as chess in Arabic. The game of chess and its rules and regulations have been changing in different periods, the rules and rules with which chess is played today are called contemporary chess.

A chessboard is divided into 64 squares, divided into two different colors (eg, white and black). This chess board is called a chessboard and is also used for other games, such as drafts. So this chessboard has 8 squares on each side. Both players are dealt 16 pieces at the start of the game, consisting of a king, a queen, two bishops, two knights, two rooks and eight pawns. Like checkerboards, seals have two different colors (eg white and black).

To win the game, the opponent’s king must be defeated. Defeating the opposing king is the goal of the game. The king is not killed directly, but the king is surrounded by a pawn in such a way that all the possible surrounding squares from the king’s pawn are under the attack of the opposing seals. And in any case, if it is not possible to remove the king from the checker, then the king is defeated and the player who defeats the checker is declared the winner. The match ends without a win.

There is no doubt that there are many secrets hidden in the civilization of Sindh, which the world is not familiar with. May God bless the world somehow with this great capital.