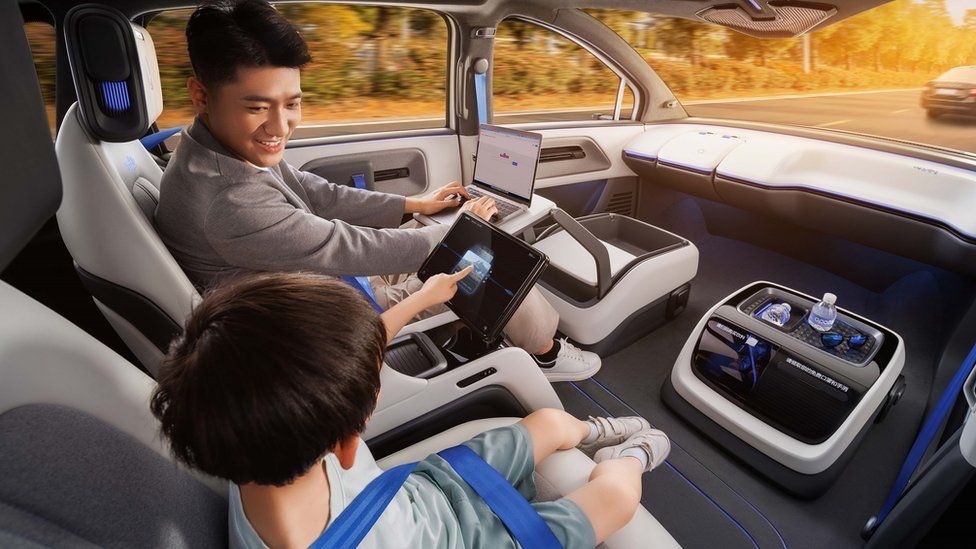 It says its new model, the Apollo RT6, has the the road skills of a driver with 20 years’ experience.

But one day, Baidu says, the RT6’s detachable steering wheel could be replaced by extra seats, vending machines, desks or games consoles.

“This massive cost reduction will enable us to deploy tens of thousands of [automated vehicles] across China,” co-founder and chief executive Robin Li told the company’s annual technology conference.

“We are moving towards a future where taking a robo-taxi will be half the cost of taking a taxi today.”

Baidu wants the RT6 to join its existing fleet in the second half of 2023, for a small-scale trial, and plans eventually to have 100,000 of them on the roads.

Baidu says its robo-taxis, running on a trial basis in 10 cities in China, including Shenzhen, Shanghai and Beijing, have given more than one million rides since its service launched, in 2020.

There had been discussion on the country’s social-network Weibo about the impact on jobs if they became official, BBC China analyst Kerry Allen said.

“While pilot schemes have been rolled out, there have been perceptions online that they are still ‘hard to find’ or that appointments are difficult to make, in order to try one out,” she added.