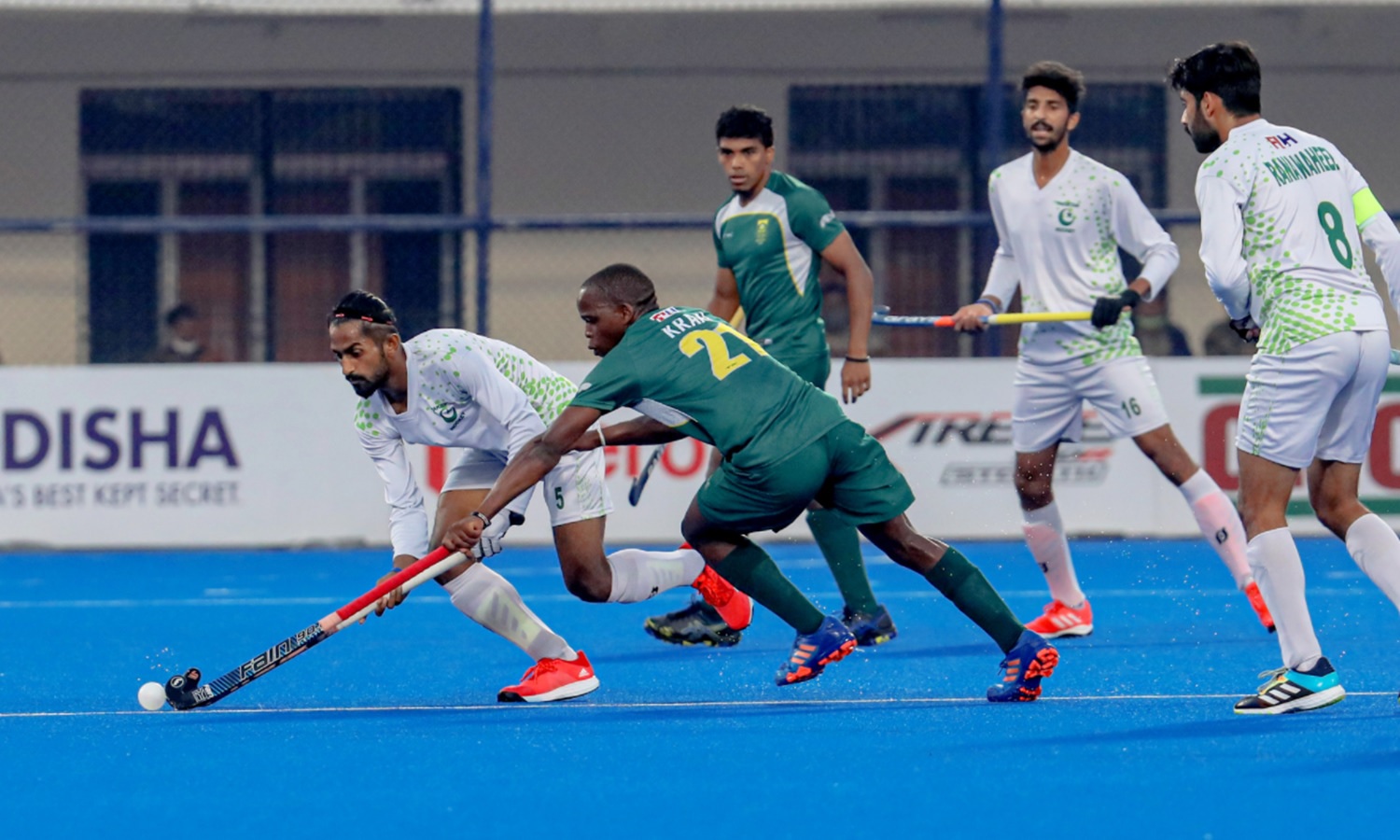 Pakistan hockey team’s opening match, against South Africa, of the Commonwealth Games ended in a draw on Saturday.

Earlier, Conor Beauchamp gave South Africa the lead in the first quarter through a penalty corner. Rizwan Ali brought Pakistan back in the game with a goal in the second quarter after converting a penalty corner.

Despite good chances created by both sides, the third quarter remained goalless.

South Africa were in front once again as Matthew Guise-Brown converted a penalty stroke in the fourth quarter with less than six minutes remaining in the match.

However, Afraz ensured that Pakistan levelled the match, 2-2, with a last-gasp volley finish.

Ten teams, divided in two groups, will participate in the men’s hockey event. Pakistan are placed in Pool A alongside Australia, New Zealand, South Africa and Scotland. Top two teams from each group will qualify for the semi-finals.

Pakistan’s next match is against New Zealand tomorrow. Meanwhile, Pakistan’s matches against Scotland and Australia are on 3rd and 4th August, respectively.

Farah Azeem appeals to insurgents not to play in foreign hands