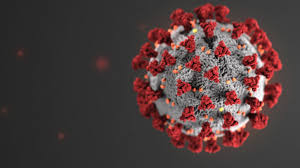 LONDON: The World Health Organization (WHO) reported Wednesday that coronavirus deaths rose by 10% in Europe in the past week, making it the only world region where both COVID-19 cases and deaths are steadily increasing. It was the sixth consecutive week that the virus has risen across the continent.

In its weekly report on the pandemic, the U.N. health agency said there were about 3.1 million new cases globally, about a 1% increase from the previous week. Nearly two-thirds of the coronavirus infections – 1.9 million – were in Europe, where cases rose by 7%.

The countries with the highest numbers of new cases worldwide were the United States, Russia, Britain, Turkey and Germany. The number of weekly COVID-19 deaths fell by about 4% worldwide and declined in every region except Europe.

Out of the 61 countries WHO includes in its European region, which includes Russia and stretches to Central Asia, 42% reported a jump in cases of at least 10% in the last week.

In the Americas, WHO said that new weekly cases fell by 5% and deaths declined by 14%, with the highest numbers reported from the United States.