Dear India, we won’t disappoint you in surprising you 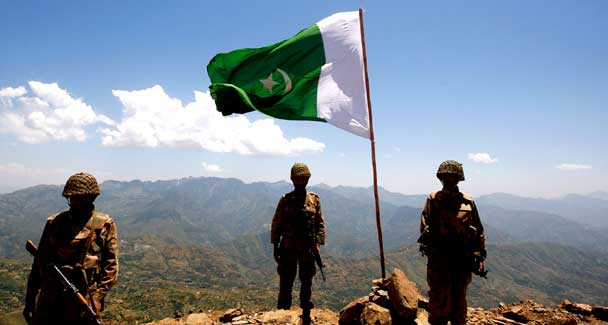 We will surprise you again, don’t mess with Pakistan!

In the wake of COVID-19, when the world needs to be united, nations need to go global and differences are needed to be kept aside in order to fight with the pandemic, India has yet again decided to behave otherwise.

Indian state has never been coherent in their internal and foreign policies. At a time when the country is facing the worst outbreak of the pandemic with more than 2,76,000 positive cases, 7,745 deaths and daily 10,000 cases, India can’t afford a brawl with its arch rival Pakistan. The so-called world’s biggest democracy recently suffered a great humiliation over a border conflict at Ladakh with China which may further escalate. On the other hand, the country led by a fascist leader like Narandara Modi with its so-called Hindutva ideology, chooses to intensify tensions with Pakistan.

Earlier during the pandemic, Indian state again behaved inhumanly by linking the spread of Coronavirus with the Muslims and Pakistan, promoting Saffron terrorism. Indian state used Indian media to blame the Muslim community and Tableeghi Jamaat in particular for the rising number of COVID-19 cases in the country. Muslims were assaulted, denied medical care and faced business boycotts and hate speech in different parts of India.

In a recent development, the Indian Home Minister Amit Shah threatened Pakistan to conduct air and surgical strikes inside Pakistani territory. The threat was responded back in a strong manner by the foreign office of Pakistan as the Foreign Minister Shah Mahmood warned India not to dare make such a blunder because Pakistan knows how to defend itself and should remember the befitting response given to them in February last year when two Indian Airforce jets were shot down by the Pakistan Airforce.

On the other hand, Pakistani Twitterati and social media users also gave a robust response on the issue as the hashtag “India Wants Surprise Again” is currently trending at # 1 on Twitter with more than 70k tweets.

India needs to recognize the fact that its internal situation may lead towards an anarchy as India’s economic conditions have worsened. According to a renowned Indian newspaper “The Hindu”, around 12.2 crores (122 million) Indians lost their jobs during Coronavirus lockdown in April out of which 75 percent were small traders and daily wage workers. The unemployment rate is at a record high of 27.1 percent which was 8.7 percent in March.

Pakistan would never compromise on its national defense and integrity, it has been made crystal clear that we are ready and will not let India surprise us with any foolish and cowardice incursion. The response would be befitting and we will surprise them again. The whole nation stands with our brave armed forces. Pakistan Zindabad!

US delivers 200 ventilators to Pakistan