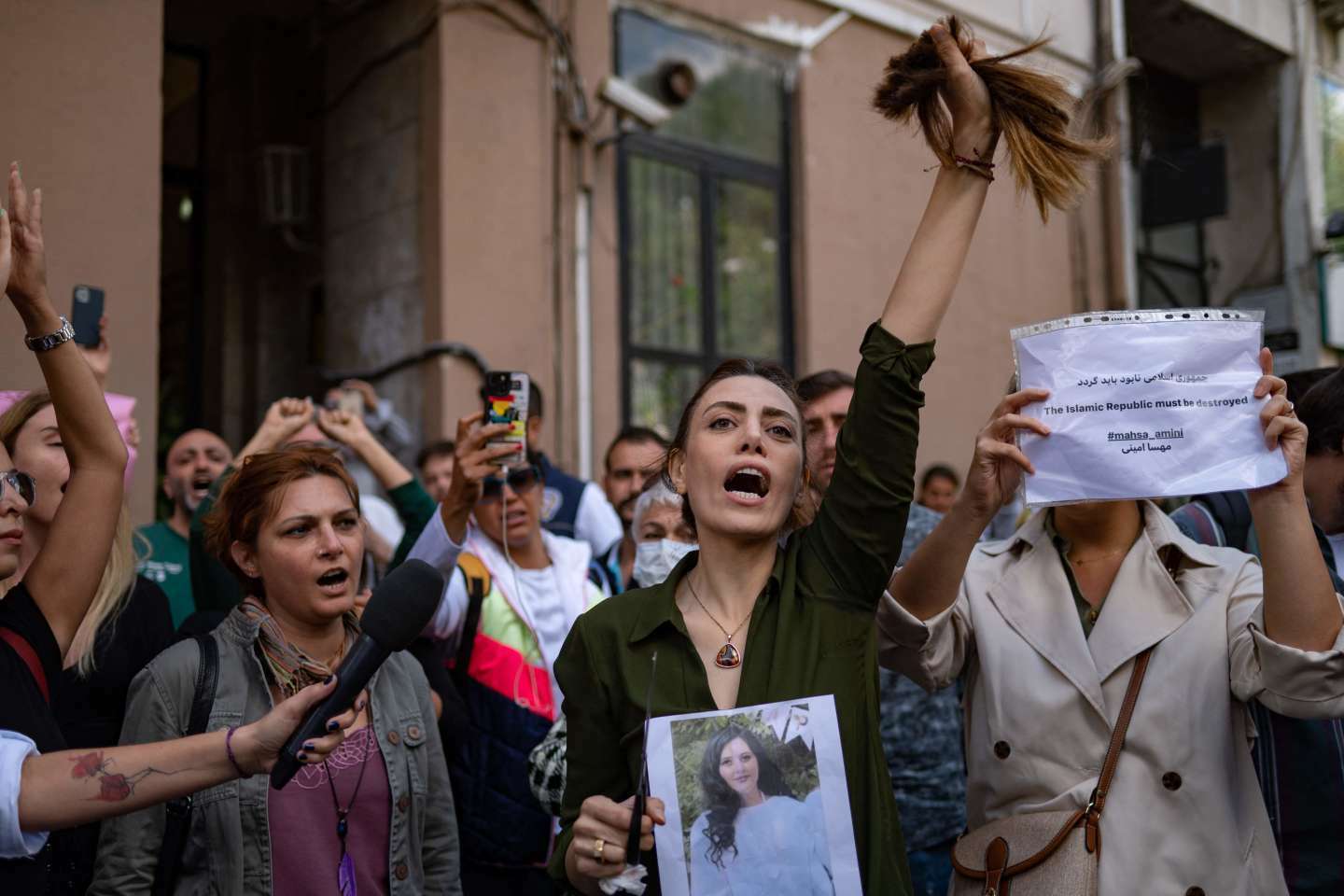 Iranian President Ebrahim Raisi has said the death of a woman in police custody must be investigated after it sparked widespread protests.

Speaking on a visit to the UN General Assembly in New York, Mr Raisi accused the West of hypocrisy for raising concerns over Mahsa Amini’s death.

She died hours after morality police arrested her for allegedly breaking headscarf rules.

At least 17 people have died in the worst unrest in Iran for years.

Ms Amini, a Kurdish woman from the north-western city of Saqez, died in hospital in Tehran on Friday following three days in a coma.

Mr Raisi repeated a coroner’s conclusion that the young woman had not been beaten. Iranian police said she had suffered “sudden heart failure”.

Protesters reject the state’s conclusions, pointing to reports that officers beat Ms Amini’s head with a baton and banged her head against one of their vehicles.

The hard-line president warned the protesters that the “acts of chaos” were not acceptable.

He accused Western nations of “double standards”, pointing to killings by police in the United Kingdom and the US.

“Every day in different countries, including the United States, we see men and women dying in police encounters, but there is no sensitivity about the cause and dealing with this violence,” he added.

His shot back at the West came hours after the US announced sanctions to be placed on Iranian morality police.

The US treasury department said the sanctions were for the abuse of Iranian women and the violation of protesters’ rights.

Iran’s powerful Revolutionary Guard, which has close ties to the Supreme Leader Ayatollah Ali Khamenei, called on the judiciary to prosecute “those who spread false news and rumours” as part of apparent efforts to halt the momentum of the protests. The Guards also expressed sympathy for Ms Amini’s family.

The protests have reached about 80 cities and towns. One person told BBC Persian her neighbourhood resembled a battlefield.