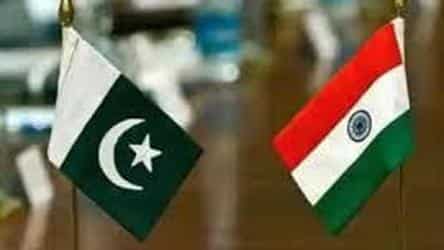 ISLAMABAD: Foreign Office said that Pakistan and India were cooperating with each other to fight locust invasion under a common forum, despite high running tensions over Indian-held Kashmir.

Pakistan is part of Food and Agriculture ’s Commission for Controlling the Desert Locust in South-West Asia (SWAC), which is one of the oldest of the three regional commissions within the global locust early warning and prevention system. Other members of the regional commission include India, Iran and Afghanistan.

Aisha Farooqui said the ministerial meeting of the commission held in March had decided to reactivate communication between the member states on the locust situation and a Technical and Operational Coordination (ToC) team was formed to exchange information; enhance coordination at the border areas; and increase synchronisation to combat desert locust outbreak in the region


She said Pakistan had been participating in SWAC meetings on a weekly basis. “We believe that the respective Technical Teams have been coordinating appropriately through FAO,” she further said.

She further apprised the media that early migration of locusts from Pakistan to India started last month. The situation is expected to aggravate further this month when swarms are expected to arrive from Iran and Horn of Africa.