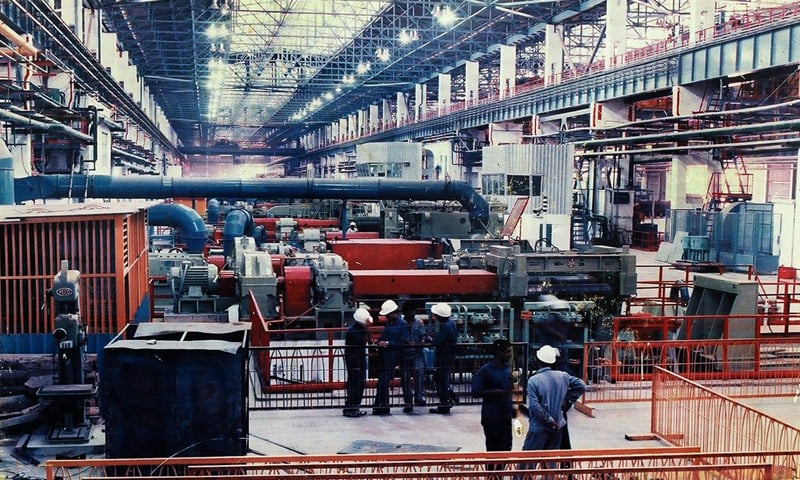 ISLAMABAD: The Economic Coordination Committee approved firing all employees of the Pakistan Steel Mills on Wednesday.

ECC has given nod to firing 9,850 employees of Pakistan Steel Mills during the pandemic, in return, government shall give golden handshakes to the employees.

The ECC meeting was chaired by Adviser to the PM on Finance Abdul Hafeez Sheikh.

There are 9,350 employees who will be fired within a month and another 250 will be let go within three months. The ECC approved a Rs18 billion package for the employees, which amounts to Rs2.3 million per person.

Though the Mills have been closed for years, they are running a Rs550 billion deficit and billions are being spent on debt servicing.

The government has made noise about wanting to restart the Mills but so far nothing has been done.

The move will be finalized after approval by the federal cabinet.