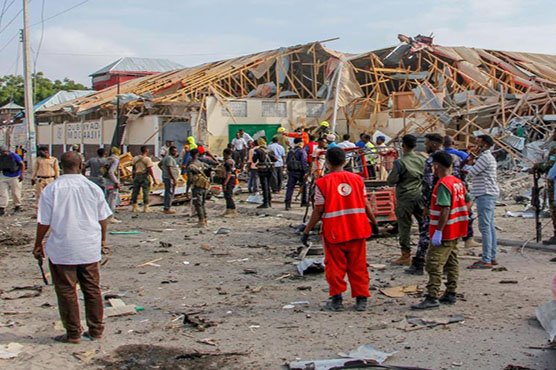 MOGADISHU: Eight people were killed in a car bombing near a school in Somalia s capital Mogadishu on Thursday, police said, the latest attack claimed by Al-Shabaab.

Anguished parents rushed to the scene of the blast, which wrecked the school building, as injured students were taken to hospitals around the city.

The explosion hit at around 7:30 am, just as children were settling down for their first lessons, principal Yusuf Hussein Abdi told media.

In seconds, wooden beams and tin sheets came crashing down on the young pupils, as some of the walls gave way.

Misbah-ul-Haq reveals no aims for further working with PCB