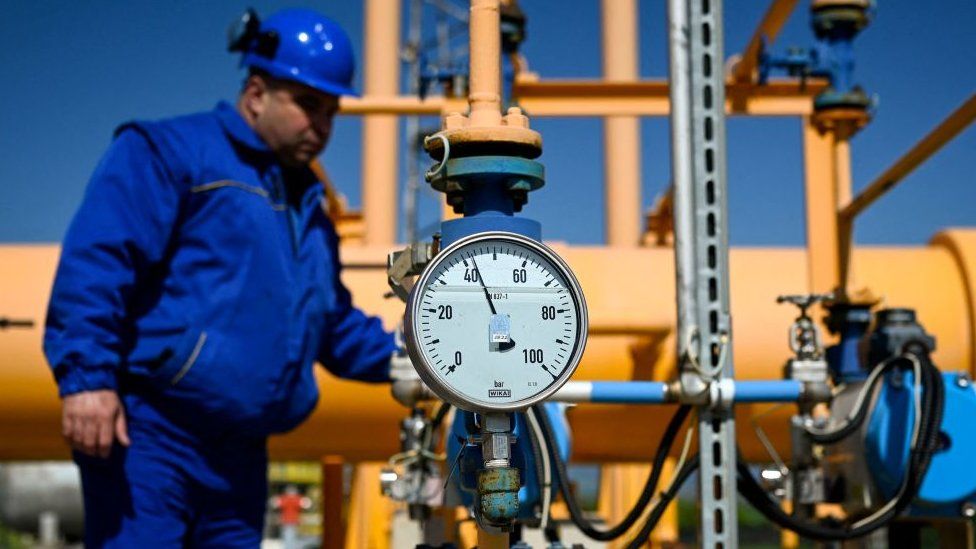 EU energy ministers have agreed for their countries to cut gas use in case Russia halts supplies.

Following talks on Tuesday, EU members agreed countries should voluntarily reduce gas use by 15% from August to March.

“This was not a Mission Impossible!”, tweeted the Czech Republic, which holds the rotating EU presidency.

However, draft plans seen by the BBC suggest the deal had been watered down, with countries able to seek exemptions.

“In an effort to increase EU security of energy supply, member states today reached a political agreement on a voluntary reduction of natural gas demand by 15% this winter,” the EU said.

“The purpose of the gas demand reduction is to make savings ahead of winter in order to prepare for possible disruptions of gas supplies from Russia that is continuously using energy supplies as a weapon.”

The deal states gas demand reduction would be become mandatory if a “Union alert” is announced if security of supply reaches crisis levels.

However, the EU said some countries not connected to other member states’ gas pipe lines would be exempt from any mandatory gas reduction order as they would not be able to source alternative supplies.

States which are not hooked up to the European electricity system and are heavily reliant on gas for electricity production are also exempt, the EU said, in order to avoid the risk of an electricity supply crisis.

Countries can also request for rules to be relaxed if they exceed gas storage filling targets, if they are heavily dependent on gas for “critical” industries, or if their gas consumption has increased by at least 8% in the past year compared to the average of the past five years.

Numerous opt-outs were expected amid resistance from some member states.

The agreement comes after Russian energy firm Gazprom announced it had once again reduced gas flows into Germany to allow work on a turbine on the Nord Stream 1 pipeline.

The pipeline, which pumps gas from Russia to Germany, has been running well below capacity for weeks and Ukraine has accused Moscow of waging a “gas war” against Europe.

Gazprom has cut gas supplies altogether to Bulgaria, Denmark, Finland, the Netherlands and Poland over their refusal to comply with a Kremlin order to pay their bills in roubles, instead of euros or dollars.

Russia supplied the EU with 40% of its gas last year, and since the invasion of Ukraine European leaders have held talks over how to reduce its dependence on Russian fossil fuels.

While the UK would not be directly impacted by supply disruption, as it imports less than 5% of its gas from Russia, it would be affected by prices rising in the global markets as demand in Europe increases.

UK natural gas was trading at around 350p per therm on Tuesday, a level not seen since early March, due to the uncertainty over Russian supplies.

UK energy bills increased by an unprecedented £700 in April, and are expected to rise again to £3,244 a year for a typical household in October.