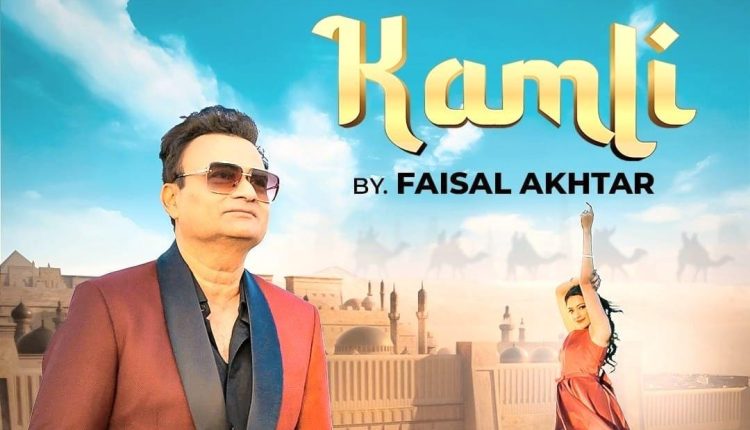 Karachi: Singer Faisal Akhtar’s new song “Kamli” has been released. Music and romance have a deep connection and that is why romantic songs are loved all over the world. The music of Kamli song is produced by the famous musician and singer Ahmed Jahanzeb and the song of Pakistani-born American singer Faisal Akhtar is lyricked with romance. The popularity and feedback received by the music lovers has been heartwarming. He said that the video of Kamali Song has been shot at the attractive location of Dubai and world famous models have played modeling role in it. Watching the video, it will feel like a song from a Bollywood movie. We have prepared the video of Kamali song according to international standards, because in today’s era, the song is watched and listened to with interest. US-based singer Faisal Akhtar said that I am the ambassador of Pakistani music in America. Pakistani music melts in the ears, true music goes into the soul. He said that for 25 years, I have been performing the magic of sound in concerts held in different states of America. One of my songs will be released on the occasion of Pakistan’s platinum jubilee. For the first time, music lovers will see Ahmed Jahanzeb and Faisal Akhtar together.