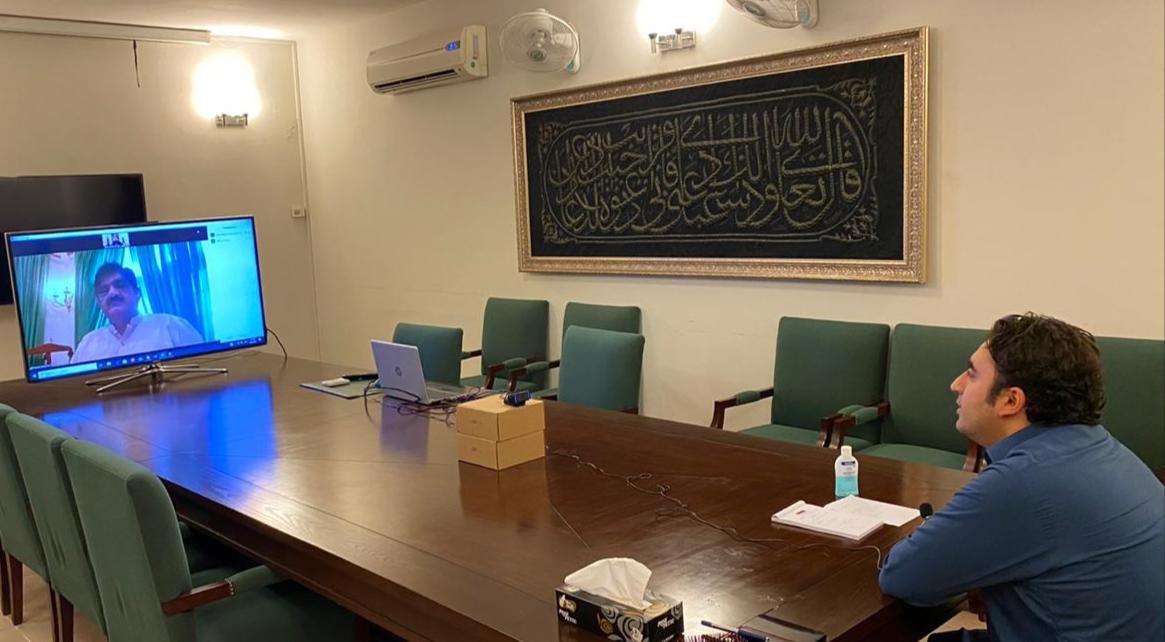 KARACHI: Chairman Pakistan Peoples Party Bilawal Bhutto Zardari said that non-serious attitude on the part of Federal government and individuals running it regarding COVID19 and locust attacks was very dangerous approach and directed Sindh government to continue its efforts to protect the citizens from the virus and the devastation  by locust attacks with whatever powers it has constitutionally and administratively.

PPP Chairman was briefed by Sindh Chief Minister Murad Ali Shah on the steps taken by the Sindh government in fighting COVID19 and informed that hundreds of children have been found infected by the virus, probably following the ease in the strict lockdown imposed by Sindh government earlier.

Bilawal Bhutto Zardari expressed grave concern on the Federal government’s false narrative that there needs to be a choice between saving lives or saving the economy, adding it was the government’s job to provide healthcare, to save lives, and to save the economy. He said that the federal govt could not absolve itself of its responsibilities.

Chairman PPP said that the PPP and its Sindh government were fully geared up to protect the people from the severe implications of this deadly disease despite facing bottlenecks and diversions from the imprudent opponents.

He appreciated the Sindh government for timely actions and efforts and asked it to continue to wage war against coronavirus by ignoring the elements targeting it.

Bilawal Bhutto Zardari further pointed out that locust swarms have attacked the length and breadth of the country while the Federal government has miserably failed to implement the National Action Programme against locusts. “Attacks by locusts on agriculture crops and fruits pose a worst danger of famine in the country and people will suffer gravely due to the criminal negligence of the Federal government,” he added.

PPP Chairman asked Sindh government to employ all available sources and capacity to eliminate locusts in all the districts of the province and Federal government should be awakened through continued correspondence to take steps as fighting locust attacks was the prime responsibility of the Plant Protection Department of the Federal government.

India ‘one of world’s deadliest places to practice journalism’