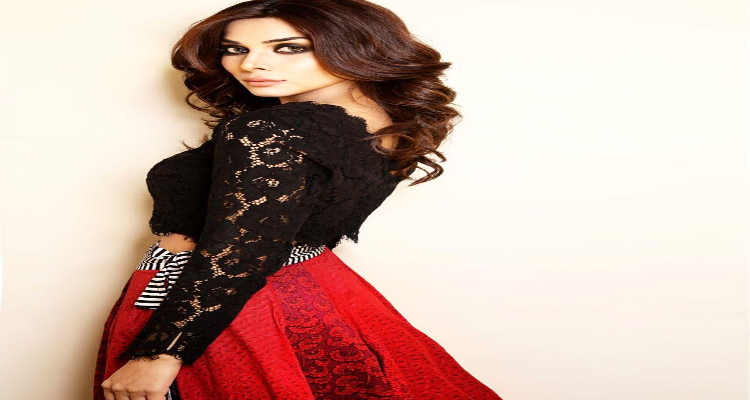 Eshal Fayyaz – renowned television actress and model, has expressed her ambitions stating that she aspires to become one of the leading actresses of the Pakistani film industry.

The ‘Kaaf Kangna’ actress has said that she started her showbiz career as a model, followed by television industry, however the goal here is to become a leading figure and beacon of the Pakistani cinema industry.

‘Both modelling and television dramas brought me fame and recognition. In the last five years I got to work with renowned directors and artists, she said.

Expressing her views on the work experience in the showbiz industry so far, Eshal stated that she has had the privilege to work with veteran director Khalil ur Rehman Qamar in his movie ‘Kaaf Kangna’ and Imran Ashraf in drama serial ‘Paimanay’, the latter was widely appreciated by the public, she noted.

Eshal went on to mention her lead role in Mohsin Mirza’s  ‘Hateli’ along with actor Azfar Rehman, and her experience with actor Noor Hasan in drama serial ‘Aabru’ proved to be invaluable as she got to learn a lot from these two acclaimed artists.

When asked about her experience in Kaaf Kangna, Eshal Fayyaz stated that the venture provide her to work with industry veterans such as Sami Khan and Ayesha Omar. Eshal also mentioned that it’s a whole another experience to work on the silver screen and that her work has brought her praise and recognition.

She also revealed that director Jamal Shah has approached her for his film ‘Cut’.

Meanwhile, expressing her thoughts on favorite artists, she stated that she follows the work of Mehwish Hayat and Reema, whereas Rahat Fateh Ali Khan and Atif Aslam are her go to choice for songs.