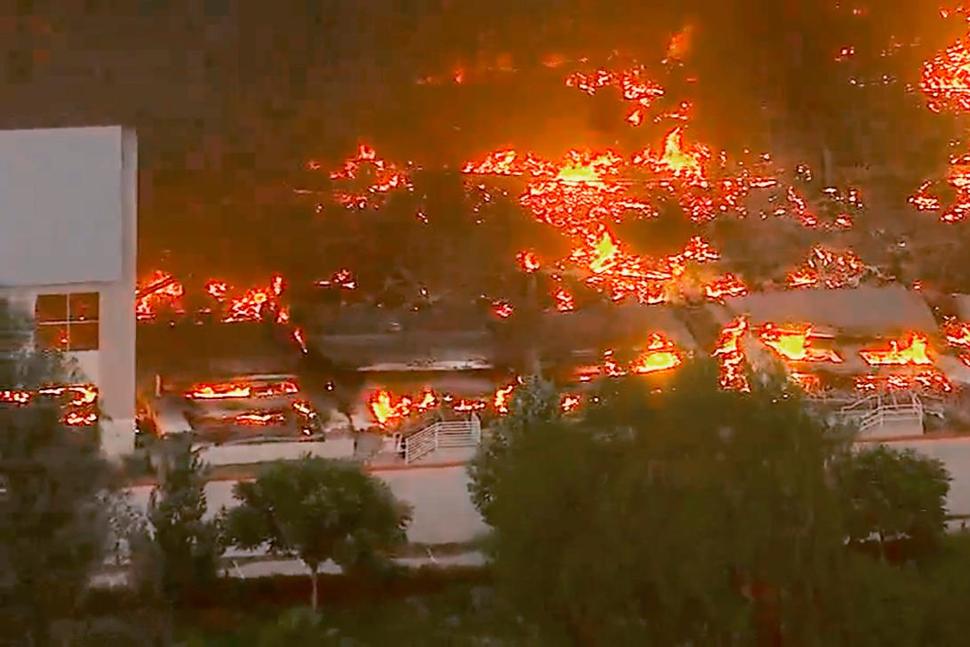 The fire early Friday destroyed a Southern California distribution facility that was used to ship items to Amazon customers but authorities said employees got out and there were no reports of injuries.

A half-dozen fire departments were unable to stop flames from destroying the sprawling structure in Redlands, about 60 miles (96 kilometers) east of Los Angeles. The nearby Interstate 10 freeway was shut down temporarily as flames shot high into the air.

The facility operated by the global logistics and supply chain company Kuehne & Nagel was dedicated to servicing Amazon. Business and customer orders will be fulfilled from other sites, spokesman Dominique Nadelhofer said in an email.

“We are not aware of any injuries and understand that everyone was safely evacuated,” Nadelhofer said. “We are mobilizing support resources for our employees that have been affected. To our knowledge, the cause of the fire is yet unknown.”

Amazon said the facility was used to ship large products such as mattresses and that it didn’t expect the fire to affect customer deliveries.

“We are glad everyone is safe, and thankful for the efforts of the local firefighters and first responders,” Amazon spokeswoman Lisa Levandowski said.

Redlands City Manager Charles M. Duggan Jr. told Fox 11 news there was no connection to the demonstrations over the death of George Floyd.

“It is definitely not protest-related. Something happened on the inside of the building that ignited the fire,” he said.

Fire Chief Jim Topoleski told Fox 11 that in addition to determining the cause, the investigation will look into how such a large fire occurred in a modern building with the latest in fire protection systems.

“Something overwhelmed the sprinkler system immediately to allow the fire to rapidly grow,” he said.

The region has many enormous e-commerce warehouse and distribution facilities.