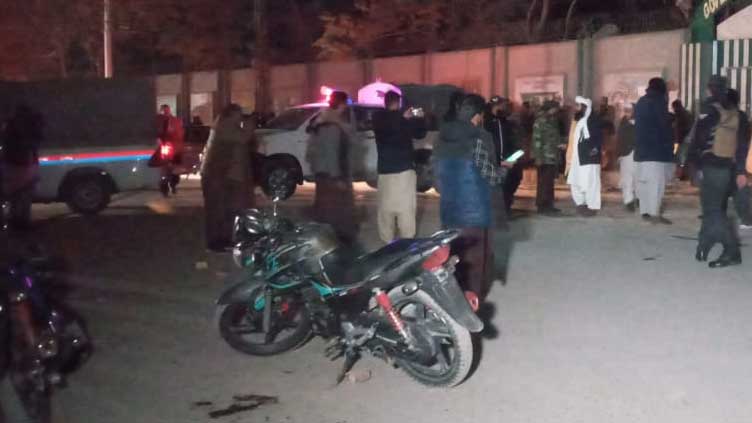 QUETTA: At least four people have been killed and 14 injured in an explosion on Quetta’s Jinnah Road, Edhi sources told.

According to police, the explosion occurred near Saleem complex, however, it’s nature is being confirmed at the moment.

The injured persons have been transported to the hospital.

Soon after the explosion, law enforcement agencies reached the spot and cordoned off the area to probe into the incident.

The blast was heard far and wide causing panic in the provincial capital.

Government Science College is located in one of the busiest areas of Quetta city.

Balochistan Chief Minister Mir Quddus Bizenjo strongly condemned the terrorist attack. The CM has directed police to submit a report in this regard.