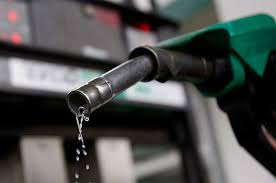 Following the slump in the global oil price and dollar taking a nosedive against the rupee after touching peak levels, the federal government has hinted at passing on more relief to the consumers by slashing the fuel prices in the coming days.

This was indicated by the Minister of State for Finance Ayesha Ghaus as she said that the government was fully aware of the people’s problems due to the increase in the fuel prices as it took a heavy toll on the monthly budgets.

She said the government is completely aware of the situation people were facing after record hike in fuel prices. However, Ghaus said no official decision has been taken in this regard yet.

The proposal will be discussed in the federal cabinet first before any final decision is taken following the downtrend in the global oil price and rupee gaining strength against US dollar, she added.

The minister said the government would have to calculate the average cost of the fuel – after all expenses are incurred – before giving relief to the masses.