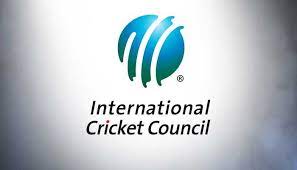 DUBAI: The International Cricket Council (ICC) has appointed Geoff Allardice the governing body’s permanent CEO after he served in the role for eight months on an interim basis.

The appointment was announced by the ICC Sunday. Allardice took over the role in March.

He expressed his satisfaction upon his permanent appointment, extending his gratitude to ICC Chair Greg Barclay, as per a formal announcement released by the ICC.

“It’s a great privilege to be appointed as the CEO of the ICC and I would like to thank Greg and the ICC Board for the opportunity to lead the sport as we enter an exciting new phase of growth,” Allardice was quoted as saying.

He said his continued focus will be on “doing the right thing for our sport” and “working closely with Members to deliver long-term success and sustainability”.

He extended his thanks to the ICC staff for their commitment and support over the last eight months and said he was looking forward to continuing to serve cricket with such a talented team.