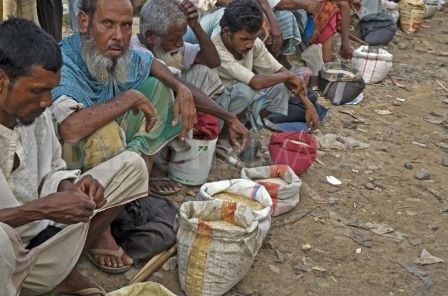 KARACHI: The inflation rate in the country soared to 24.9% in July — the highest pace in 14 years — because of exponential growth in the prices of perishable food and transport groups, the Pakistan Bureau of Statistics (PBS) reported on Monday.

According to the PBS, the CPI-based inflation rate jumped 23.6% in urban areas and 26.9% in villages and towns on a yearly basis. The constant double-digit inflation in the country has adversely affected people’s purchasing power.https://flo.uri.sh/visualisation/8207796/embed

The overall price growth remained in double digits because of an increase in the rates of food items, which were taxed by the last government.

Overall, out of 12 groups of various goods and services, the inflation rate for 10 of them remained in double digits. This indicates that the inflation web has spread across almost all commodities.

The inflation rate remained in double digits — which has eroded people’s purchasing power — due to an increase in the prices of food items and petroleum products. The pace of food inflation surged to 27.4% in cities and rose to 29.6% in villages and towns last month, according to the PBS.

Non-food inflation soared by 21.3% in urban areas and 24.5% in rural areas, according to the national data collecting agency.

Core inflation — calculated after excluding food and energy goods — jumped by 12% in urban areas and 14.6% in rural areas. Analysts say a continuous increase in core inflation is “alarming”.

Imran Khan announces protest outside the ECP on Thursday