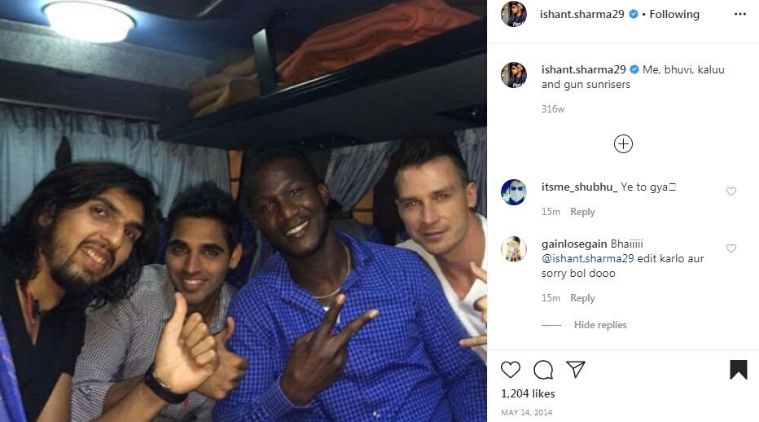 An Instagram post from six years ago by Ishant Sharma proves that former West Indian skipper Darren Sammy was referred to by a racial slur ‘kalu’ (derogatory word for black) by his IPL franchise Sunrisers Hyderabad.

“You know it was degrading and so instantly I remembered that when I played for Sunrisers Hyderabad in 2013 and 2014 I was being called the same word he described that was degrading to us black people,” recalled Sammy in the video, who had also captained the team during his stint in the IPL team.

“Me, bhuvi, kaluu and gun sunrisers,” Sharma captioned an Instagram post dated May 14, 2014 in which Sammy, Bhuvneshwar Kumar and Dale Steyn can be seen posing together.

Another tweet by the all-rounder proves he took the slur in stride and was clueless about its meaning.