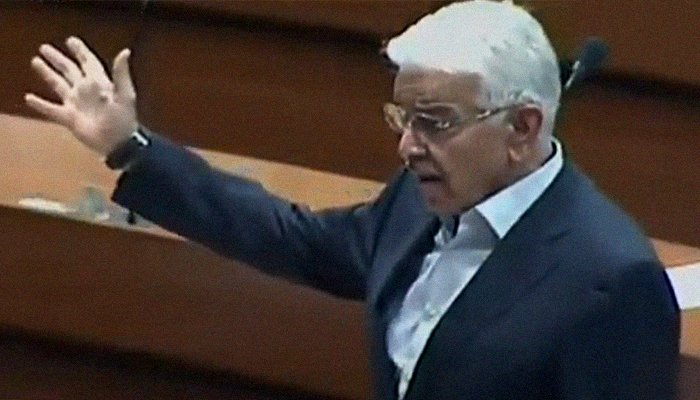 PML-N leader Khawaja Asif blamed top government officials of having a career history with the International Monetary Fund (IMF) as mercenaries on Monday while addressing the budget session of the National Assembly.

“There will be a mini-budget and more taxes will be imposed,” Asif said. “These are mercenaries; why are they brought [to power]?”

The PML-N leader said he honoured the healthcare professionals — including doctors, nurses, and paramedical staff — for not only putting their own lives on stake but also potentially risking their families as well. “This government’s policies are against them,” he added.

Asif said the PTI chief had earlier vowed against obtaining debts from the IMF and other international organisations. The incumbent ruling party had previously claimed that the amnesty scheme was for thieves but they have used it for their own benefit, he added.

“They had promised to punish the Sahiwal [incident’s] culprits but they freed them all later after giving them cheques at the chief minister’s house,” he said.

The former foreign minister said the government should have benefited from the falling interest rate but Pakistan “incurred a loss of about Rs1.5-1.7 trillion on interest rate”.

ERTUGRUL AND THE OTTOMAN EMPIRE