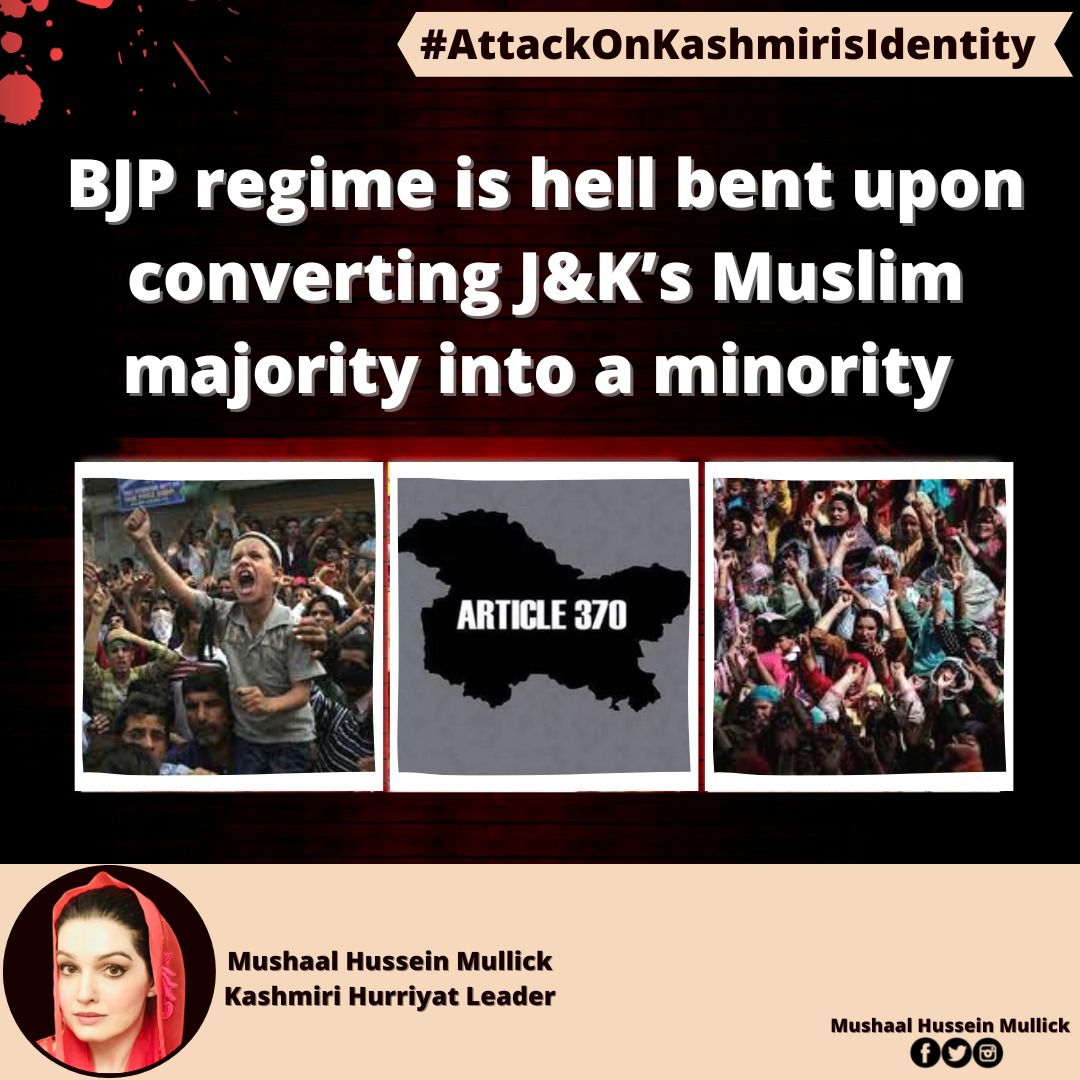 ISLAMABAD: Chairperson of Peace and Culture Organization Mushaal Hussein Mullick blasted the fascist Narendra Modi led government for his nefarious and dangerous plan to efface Muslim identity and impose notorious Hindutva ideology in the Indian Illegally Occupied Jammu and Kashmir (IIOJK).
Mushaal, wife of incarcerated senior Hurriyat leader Yasin Malik, in a statement on Saturday said that the RSS-backed Modi regime has intensified its efforts to obliterate Muslim identity in their own majority state, seeking world support to foil the nefarious plan.
She said that the notorious BJP regime was hell-bent on converting the Muslim majority into a minority in the IIOJK by systematically paving the way for settler non-Kashmiris in the valley.
The chairperson revealed that the Modi fascist regime was working on a nefarious plan to revive pre-Islamic Hindu civilization in Kashmir, as the brutal forces continued their agenda of slaughter and genocide of Kashmiri Muslims sans any fear of accountability and world’s reaction.
Mushaal stated that the BJP-RSS wanted all these nefarious and brutal tactics to fulfill their long-awaited desire of total integration of the valley with India, which she said would remain a dream, as Kashmiris would never allow BJP-RSS to snatch their identity come what may.
She made it clear that the brave Kashmiris would prefer death over becoming slaves of Hindu fanatic forces, adding that they resisted Indian occupation with their blood for the last 70 years and would continue to give sacrifices but won’t accept Indian subjugation.
Lashing out at the so-called global champions of human rights and the world community, she said that look at their double standard as they uttered no word despite being turned Kashmir into the world’s largest torture cell and biggest open prison in the world.
She said that Modi regime, as part of its vengeful policy, was shifting Kashmiri detainees to far-off Indian jails, as 150 more Kashmiri detainees in IIOJK have been shifted to jails in UP, Haryana and Delhi in sheer violation of international law.
The Hurriyat leader stated that the shifting Kashmiri prisoners to jails in India clearly reflected Modi’s criminal mindset, as shifting them to faraway Indian jails was meant to hurt their families, emotionally and financially, as thousands of Kashmiri political prisoners were languishing in various jails.
Mushaal urged that the world powers, UN bodies and human rights activists should press India to release Kashmiri political prisoners languishing in Indian jails for their sole crime to raise their voice for their birthright of right to self-determination.