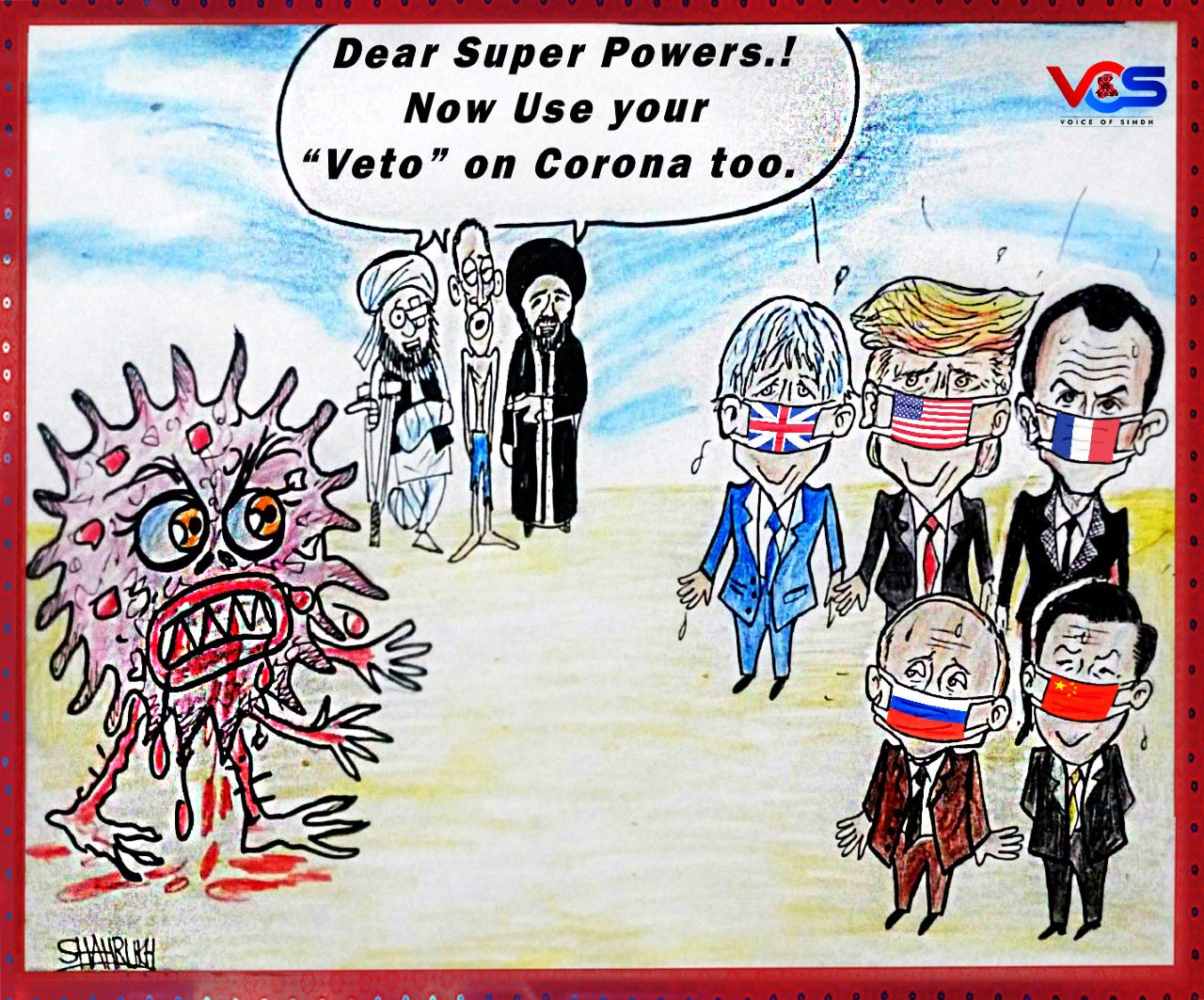 As coronavirus strikes more than 200 countries of the world, the global powers have become powerless. The superpower, United States of America used to run the greater hegemonic global world order with its allies, is in a fix. USA and its allies majorly Great Britain and European countries were the leading hegemons of the world. Intervention in domestic affairs of the countries, sponsoring coups, military interventions and economic terrorism by placing sanctions were the routine actions of these superpowers who were leading the global world order which was highly west-centric and had no place for Eastern or Afro-Asian countries. These countries are also well placed in the United Nations Security Council.

United States and its major allies including Great Britain and European leading economies Italy, France and Spain are now facing the misery and seem baffled on how their institutions of economy, public health and security will maintain its functions due to the Coronavirus outbreak as it leaves staggering 11,591 people dead already in Italy and the casualties keep increasing day by day. USA has seen a great surge in the new cases with the leading Coronavirus patients in the world having the tally reached at 164,665 cases with 3,177 deaths. France has 44,540 confirmed cases with 3,024 deaths while Spain also continues to be hit hard with the pandemic with 94,417 cases and 8189 casualties reported.

The champions of democracy and human rights who were the real culprits behind undemocratic governments changes, military coups and gross violation of human rights. USA has been involved in regime changes and overthrowing elected governments across the world. From Latin American countries to the middle east, Washington has been involved in either taming foreign governments or to bring about regime changes in pursuance of its hegemonic agenda. Its NATO allies prominently France and other European powers were also involved in the recent regime change in Libya where these powers were militarily involved to overthrow the government of Muammar Gaddafi. USA and its European allies continue to fund and provide military support to the rebels in the ongoing Syrian Civil War.

Being the most nuclear armed country and the leading superpower of the World, America is now in serious crisis. The White Man’s burden approach is dying as the West is now burdened within its own ranks. All nuclear weapons are now turning to be useless as they can’t defend its citizens from the coronavirus which doesn’t discriminate.

A new global world order is in making with Russia and China being the leaders. Both the countries have shown a great restraint and resilience. China being the origin and originally the most effected region from Coronavirus, is now getting out from its aftereffects. The Central government imposed unprecedented quarantine measures across the country in a drastic bid to contain the Coronavirus. The central province of Hubei and its capital Wuhan, where the virus was thought to have originated, were completely sealed off.

As the number of COVID-19 cases confirmed overseas daily have surpassed those within China, the draconian measures that appear to have quelled the outbreak are getting relaxed day by day and the life is getting back to normalcy.

Russia has shown a great constrain towards COVID-19 despite being an immediate neighbor of China. Undoubtedly, Russia handled the early days of the pandemic with an admirable degree of foresight and care. In January, Russia shut down its land border with China. Beginning in February, passengers arriving to Moscow by plane from virus hot spots such as China, Iran, and South Korea were met by medical workers in protective gear administering tests. People who came from Europe—before those flights were cancelled—had their temperatures taken and were sent home for a mandatory fourteen-day quarantine. These preventive measures have resulted in a very meager number of confirmed cases with only 17 deaths which are negligible in terms of causalities occurring in the West.

Both socialist and not so democratic regimes have been of great service to its around 1.5 billion people while the pseudo democrats and leaders of the global world order are finding ways how to save its people from dying due to an unknown and faceless menace. Indeed, a new global world order is on cards with China and Russia being its leaders while USA and western economies appearing shabby and continue to face Karma of their actions in past.

Civilian government and armed forces on one page, commited to fight Coronavirus