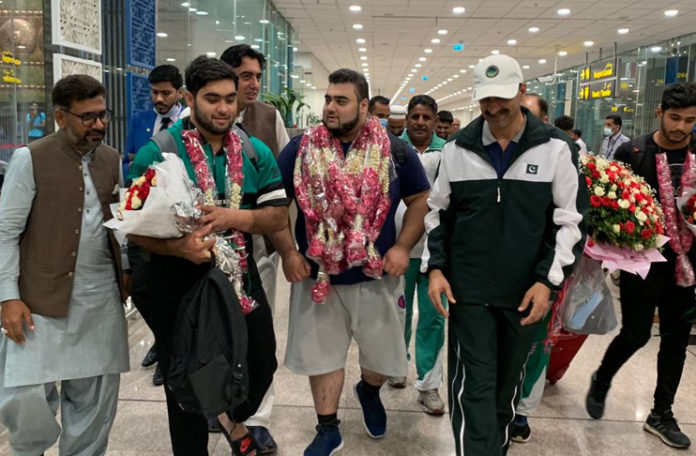 KARACHI: Nooh Dastagir Butt, who secured a gold medal in the Commonwealth Games (CWG) 2022, received a heroic welcome on his return to Pakistan along with his companions.

Pakistan Sports Board’s (PSB) Director General Colonel (retd) Asif Zaman received them and gave a bouquet as a token of appreciation upon their arrival.

In a statement after being received at the airport, Nooh praised DG PSB for coming to the airport.

“It’s heartening to see PSB chief coming over to receive us,” he said. “We were welcomed like a cricket team and it was a confidence booster for us. I hope PSB will continue supporting us for future events,” he added.