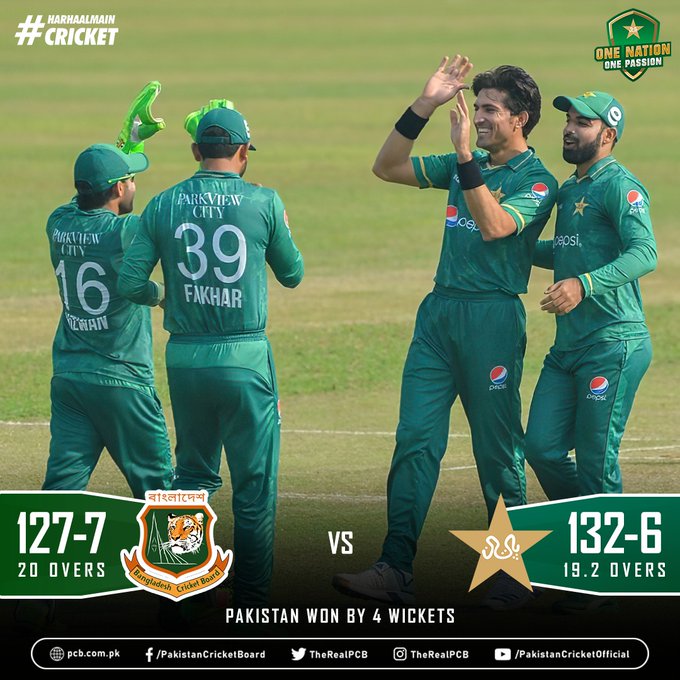 In reply to Bangladesh 127 for eight Pakistan completed the target losing six wickets.

Bangladesh had won the toss and elected to bat first.

From Pakistan’s side Fakhar Zaman and Khushdil Shah scored 34 each while Shadab Khan scored 21 and Muhammad Nawaz made 18 runs.