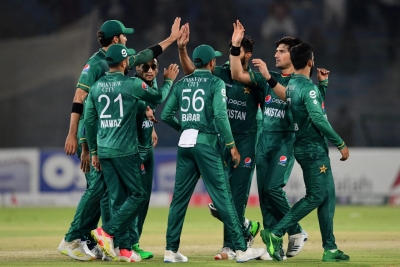 Earlier, Rizwan smashed a 52-ball 78 with 10 boundaries – his 12th half-century and 11th this year – while Haider scored a career-best 68 after the West Indies sent Pakistan in to bat at National Stadium.

Rizwan and Haider added 105 for the third wicket after skipper Babar Azam fell without scoring and Fakhar Zaman made just 10, with West Indian bowlers getting early success.

West Indies, hit with three Covid-19 positive tests among their T20I players, brought in Shamarh Brooks and Devon Thomas from their one-day squad, giving Brooks a debut in the shortest format.

The remaining matches are on Tuesday (today) and Thursday, also in Karachi.