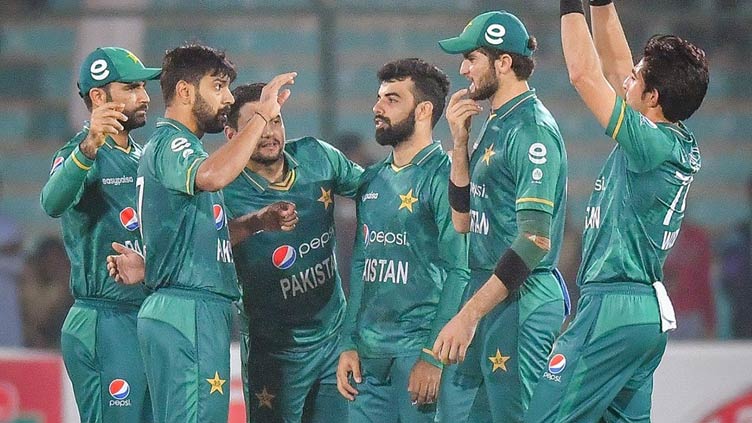 KARACHI: Romareo Shepherd’s cameo was not enough as Pakistan were able to win the 2nd T20I by 9 runs to seal the three-match series at National Stadium in Karachi.

For the home team Mohammad Rizwan top-scored for a second match running with 38 to help Pakistan get to 172-8 before keeping the West Indies down to 163 all out in 20 overs.

The win gives Pakistan another series with the last game on Thursday, also in Karachi. Pakistan skipper Babar Azam praised man-of-the-match Shadab Khan for his brisk scoring. “The finish from Shadab (with the bat) was very good and then bowlers did well too – especially Shaheen (Shah Afridi),” said Azam. “The idea was to set a target and defend, and play as per the conditions and the wicket.”

Brendon King knocked a fluent 43-ball 67 — his maiden T20I half century — with three towering sixes and six boundaries but Pakistan bowlers were tough to handle for other batsmen.

Romario Shepherd tried to stop the inevitable with a fiery 19-ball 35 not out spiced with two sixes and as many boundaries but failed to get the required 23 off the last over.

With 61 needed in the last five overs, King hoisted pacer Haris Rauf for a big six but fell next ball while attempting another maximum, caught near the long-on boundary.

Nicholas Pooran (26 off as many balls) helped King add 54 for the third wicket but Nawaz ended the partnership with Pooran holding out in the deep.

Odean Smith hit a six and a boundary in his short stay of 12 before Shaheen dismissed him off the first ball of 17th over ans then removed Dominic Drakes and Hayden Walsh off successive deliveries.