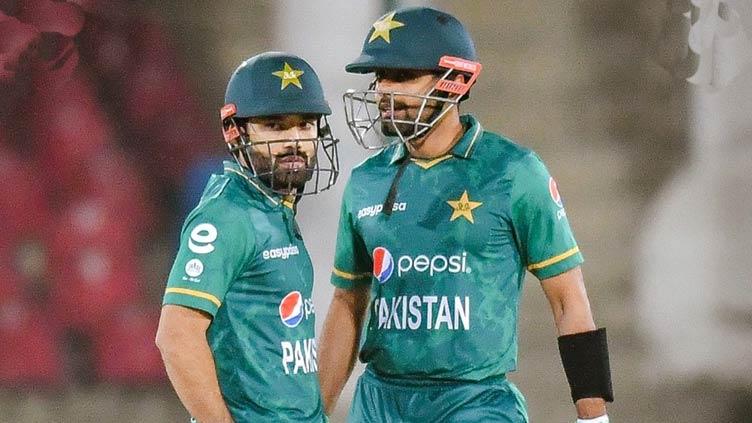 KARACHI: Pakistan beat the West Indies by seven wickets in the third and final Twenty20 international in Karachi, sweeping the series 3-0.

Mohammad Rizwan scored 87 and skipper Babar Azam hit 79 as Pakistan achieved their highest run-chase in all Twenty20 internationals by reaching the 208-run target in 18.5 overs.

Babar and Rizwan, who put on 158 for the opening wicket, registered their sixth century stand in T20 internationals — all this year. It is the most by any pair in the shortest format.

West Indies skipper Nicholas Pooran struck a rapid 37-ball 64 to lead the tourists to 207-3 in their 20 overs after they won the toss and opted to bat.

Pakistan won the first match by 63 runs and the second by nine runs, also played in Karachi.