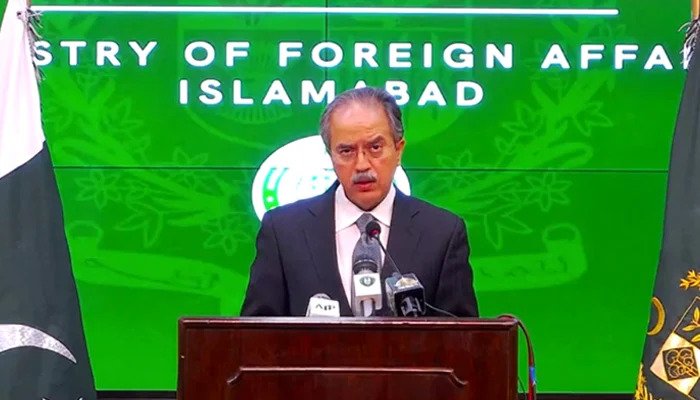 “We have seen reports in a segment of the Indian media referring to investigations into the murder case in Udaipur, mischievously seeking to link the accused individuals, Indian nationals, to an organization in Pakistan,” the Foreign Office spokesperson said in a statement.

He said Pakistan categorically rejected any such insinuations, which are typical of the BJP-RSS ‘Hindutva’ driven Indian regime’s attempts at maligning Pakistan including by externalizing their internal issues through pointing fingers towards Pakistan.

The spokesperson further said that such malicious attempts will not succeed in misleading the people, either in India or abroad.

In a statement on Wednesday, the Foreign Office Spokesperson Asim Iftikhar said such insinuations are an attempt typical of the BJP-RSS ‘Hindutva’ driven Indian regime to malign Pakistan by externalizing India’s internal issues through pointing fingers towards Pakistan.

Hundreds of police were deployed in the Indian city of Udaipur after the murder of a Hindu tailor.