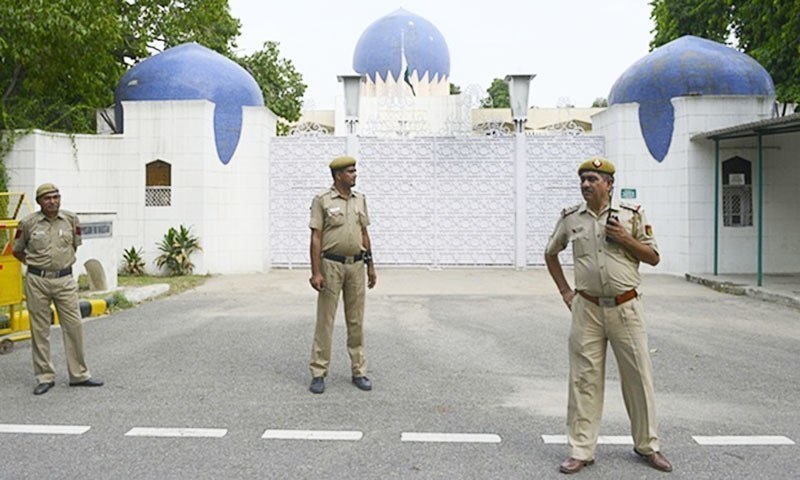 A heavy contingent of police officials surrounded the Pakistani High Commission in New Delhi on Tuesday in an apparent attempt to harass the Pakistani diplomats.

This occurred in the wake of Islamabad Police arresting two employees of the Indian High Commission on Monday for attempting to flee after running over a man and critically injuring him.

According to eyewitnesses, a BMW vehicle hit a pedestrian who was walking on the Embassy Road and attempted to flee.

The pedestrian was critically injured and shifted to a hospital for treatment. A huge crowd of people stopped the car and handed over the two men to Islamabad Police.

Eyewitnesses said the car was being driven irresponsibly and had gotten out of control due to overspeeding. The victim was walking on the footpath at the road when he was run over by the car.