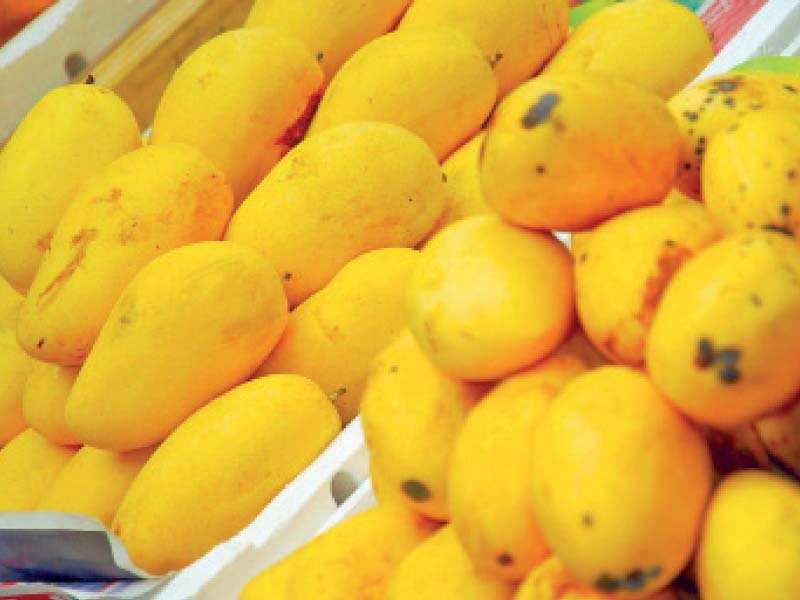 Mango exports have taken a hit from the economic fallout caused by the coronavirus pandemic, as exporters fear a huge decline in export of the fruit this year.

“Pakistan had earned over $90 million through mango exports alone but it will not be more than $50 million this year due to the present coronavirus conditions,” Ahmed told Anadolu Agency.

This year, however, according to Waheed Ahmed, a leading fruit exporter and president of Pakistan Fruits Exporters Association, the country is not expected to export more than 80,000 metric tonnes of mangoes.

Suspension of international flights, closure of borders, rising freight fares, and on top of all, contracting demands altogether are likely to decline the country’s mango exports by 35 to 40 per cent this year.

Closure of borders with neighboring Iran and Afghanistan have also added to the decline in mango exports.

“Timing is a key factor vis-a-vis mango exports as it’s a perishable commodity. It cannot wait long,” he said, adding: “Suspension of international flights has badly hit the mango exports to Europe and the US.”

“Many exporters are sending mangoes to Europe and the US via cargo flights but their charges have increased four times,” Ahmed said.

“Mango exports to the Middle East are continuing via sea route but the demands are not that high as tens of thousands of Pakistanis and other South Asians have returned to their countries [from Gulf states], while a large number of people have lost their jobs,” he said.

“The overall mango exports will be lesser this year due to Covid-19-related restrictions, mainly closure of international flights, and a huge increase in freight rates,” Shah told Anadolu Agency.

Cost of production, he went on to say, has also increased due to implementation of Covid-19 safety guidelines.

“I miss Pakistan but I can’t return because you are treating all this as a joke”: Bushra Ansari

Trump’s warning to bring in military fuels up protests