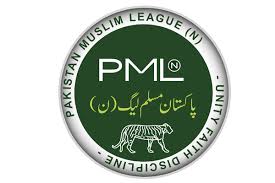 The Pakistan Muslim League-N (PMLN) questioned the need of an interrogation at this stage when Sharif had been in NAB custody for 133 days.

Earlier today, Shehbaz Sharif had appeared in the money laundering and assets beyond income case at NAB Lahore.

Addressing media, PML-N leader Ataullah Tarar asked: “What was the need to conduct a raid at Shehbaz Sharif’s residence?”

Taking on the federal government, he said that the NAB-Niazi nexus had already decided to arrest Shehbaz Sharif without a court verdict in the matter.

“The June 2 attempt is a reflection of the nexus” he said.

He further added that, “Even today, they made grave accusations and did not submit proof for the same in court.”

“Their politics of vengeance has no end […] Were 130 days really not enough?” Tarar qurstioned.

Moreover, he questioned whether “Imran Khan Niazi who lives in a 400 kanal house” had been asked how much tax he had paid and inquired about the case of Jahangir Tareen that, “who gave permission to the one who robbed the country of Rs100 billion to leave the country while the opposition has been put on the exit control list at the inquiry stage of cases against them?”