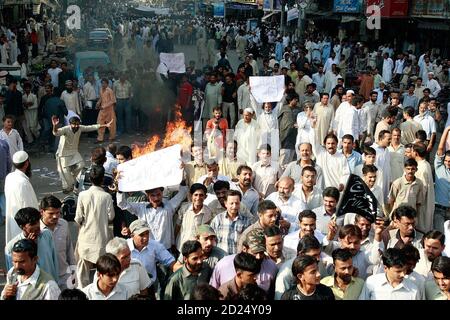 KARACHI: The citizens of Karachi took to the streets Tuesday as they have had enough of the frequent and long hours of load-shedding across the metropolis.

Sources in the National Transmission & Despatch Company (NTDC) told media persons that the country’s demand is 22,500 megawatts, while the current supply is 28,000 megawatts, leaving a shortfall of 5,500 megawatts — this has led to several hours of power outages.

In Karachi’s Gadap Town, the load-shedding time has gone up to 18 hours in a day, while Shah Faisal Colony, Malir, Surjani Town, Gulistan-e-Jauhar, areas around Jahangir Road, Sultanabad and Kala Pul, among some other areas, are seeing power outages of 14 hours or more.

In response, the residents of Mauripur have been protesting on Mauripur Road since yesterday (Monday). Their protest has continued for more than 18 hours now. Traffic from the ICI bridge to the Lyari Expressway has been suspended as well.

A major traffic jam caused by a long queue of large trailers and trucks also blocked the road connecting the ICI bridge to the SITE area and Mauripur Road.

Police have so far arrested four protesters and used water canons to disperse them.

A K-Electric spokesperson said that power Supply Company has initiated an operation in several parts of the city, and as a result, more than 1,397 kilogrammes of kunda wires have been cut off in Liaquatabad, Nazimabad, Garden, Bahadurabad, Tipu Sultan, and Saddar.

Sindh Energy Minister Imtiaz Shaikh, meanwhile, contacted KE chief executive Moonis Alvi. He noted that load-shedding has made the lives of people miserable and demanded the power utility resolve the crisis on an emergency basis.

“Due to persistent load-shedding, the security situation is deteriorating,” he told the KE official, calling on the federal government to clear the dues of the power utility as it “does not have the funds to produce power through furnace oil”.

Apart from Karachi, the load-shedding situation is also getting worse in Punjab as approximately six to eight hours of power outages are taking place across the province, while in the rural areas, electricity is being provided for only a few hours.

A day earlier, while addressing MNAs from the PML-N and allied parties, Prime Minister Shehbaz Sharif warned the country might face increased load-shedding in the coming month of July.

Pakistan is facing an escalation of its power crisis after it failed to agree on a deal for natural gas supply next month. Tenders for July were scrapped due to high price, and low participation as the nation is already taking action to tackle widespread blackouts.

WAZIRISTAN, Four killed in an attack on Polio Workers team