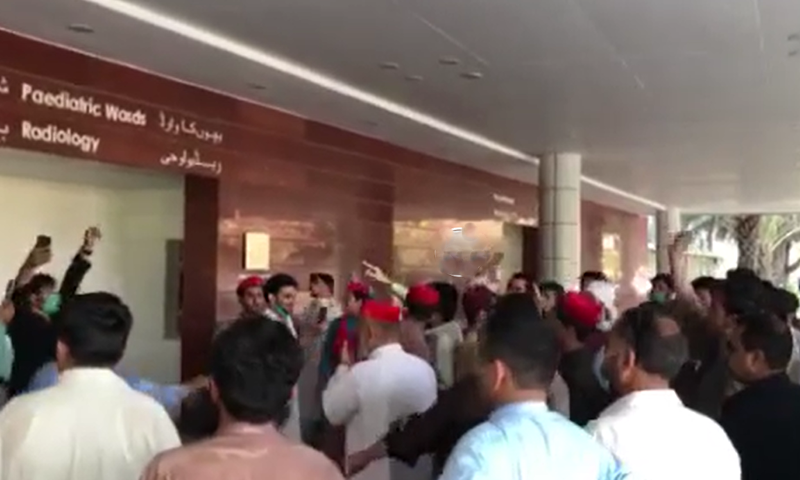 On Tuesday, hordes of people gather outside the Covid-19 isolation ward of Karachi’s Liaquat National Hospital to protest against the hospital management for keeping a COVID positive ANP leader Maqbool Kakar, in the ward and not releasing his dead wife’s body.

The district south vice president of the Awami National Party (ANP), Maqbool Kakar and his family were shifted to the Liaquat National Hospital (LNH) after being involved in an accident while travelling from Quetta.

The son had died on spot, whereas Mrs. Kakar passed away during treatment at the hospital.

Kakar and his wife were shifted to the hospital’s isolation ward after both of them tested positive for the coronavirus.

Around 50-60 protesters gathered at the hospital, demanding Kakar’s release from the isolation ward and for them to be handed over his wife’s body.

ANP Sindh’s Deputy General Secretary Sher Mohammad Afridi, who was at the protest, claimed that the hospital had declared Kakar’s wife a coronavirus patient after she died following a back surgery three days after the accident.