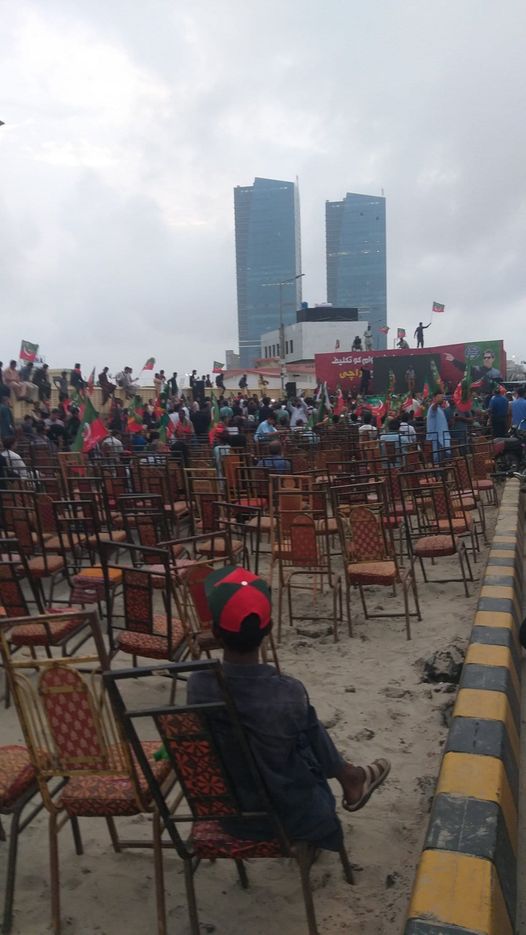 KARACHI: Pakistan Tehreek-e-Insaf (PTI) central leaders have resisted the police blockades at Karachi’s Sea View after they were stopped from installing a big screen for listening to Imran Khan’s Parade Ground jalsa today.

Ahead of the public gathering at Karachi beach, police blocked one track of Seaview road and a police team tried to stop a truck with speakers. However, the driver managed to take the truck from another track.

The police officials charged batons at the truck and broke its window glasses. After failing to stop the truck, police teams stopped another vehicle of the PTI activists from reaching the public gathering’s spot.

The PTI central leaders, Ali Zaidi and Imran Ismail conducted a press conference there and said that they sought permission from the concerned officials to install a big screen at Karachi’s Seaview beach.

“Other political parties have also organised programmes at Seaview beach but police is obstructing the preparations of the PTI public gathering since the morning. Due to the police blockades, I became a truck driver.”

“This type of behaviour was not even seen during the era of martial law. Is this imported government trying to beat the martial law governments? The current ruling parties must remember that they had also organised marches and rallies during our government.”