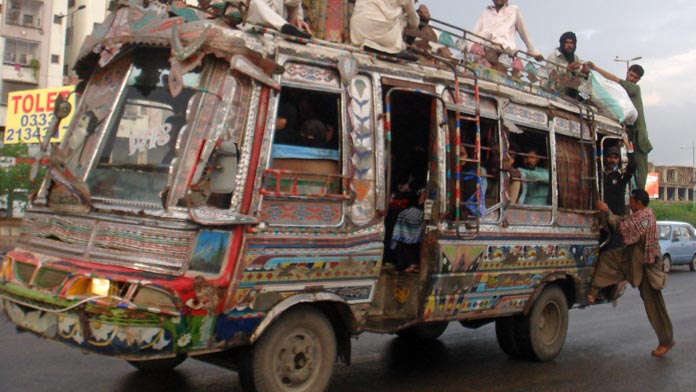 Public transport had been resumed today on some defined SOPS, however neither the transporters nor the commuters were found to be following the standard operating procedures issued by the provincial government.

Sindh Transport Minister Owais Shah had directed the transporters to ensure adherence to the SOPs issued to protect the public against the coronavirus and warned that transport services would be suspended if they were found to be violating the precautionary measures.

However, despite the government’s orders, drivers, conductors and passengers, all were found travelling without face masks, whereas buses were also overcrowded.

“No Masks No Entry” Sindh issues advisory for govt employees