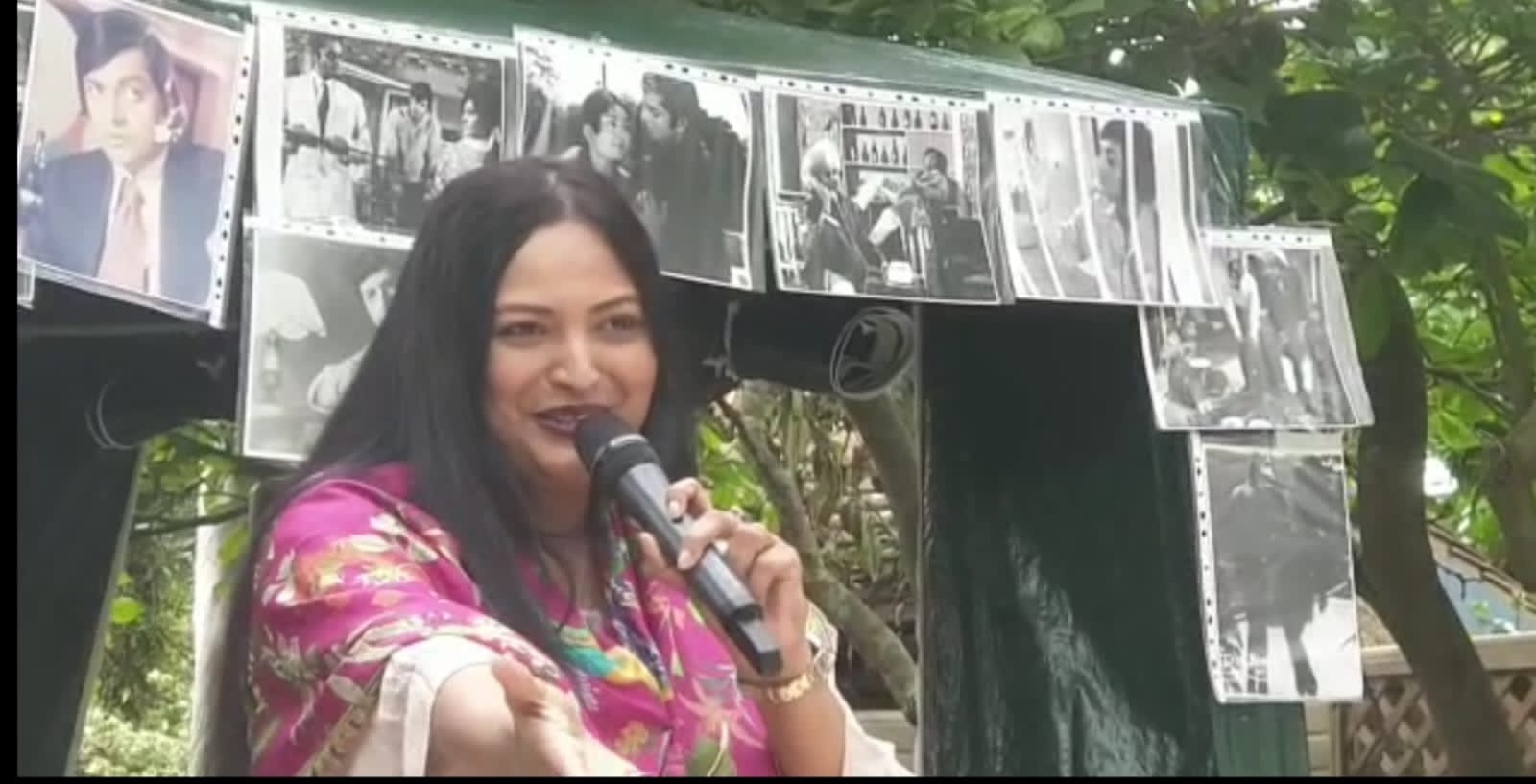 LONDON: Pakistan first opera star singer Saira Peter enthralled audience at event held in memory of the chocolate Hero Waheed Murad. The audience were cheering throughout the Saira Peter performance while she sang some of most popular songs. There were large crowds gathered and we witnessed London swooning to the beat of the tabla and Saira Peter’s singing.

The lights, the sounds, everything was perfect as we eagerly anticipated as famous opera star to make her appearance. Once she was on the stage, the crowd already applauding the famous singer entrance,
Her performance on famous tracks highly applauded.
The audience also sang along in great fervor while being completely enthralled with the music.
She also sang popular song from Waheed Murad’s super hit movie “Anjuman”.

Later, the music lovers asked her for “Abhi To Main Jawan” song which was greatly appreciated by Saira’s magical voice. On this occasion, opera star Saira Peter said that our favorite evergreen superstar Waheed Murad had a great talent for filming songs in movies. He used to perform the songs in such a way that all the moviegoers thought that Waheed Murad himself was singing the song. Even today, our film industry is looking for such heroes, she said. To pay tribute to Waheed Murad, the event was organized in North London by Huma Price in a magnificent way. The posters of Waheed Murad’s super hit films were also displayed, which was the center of attention for audience.