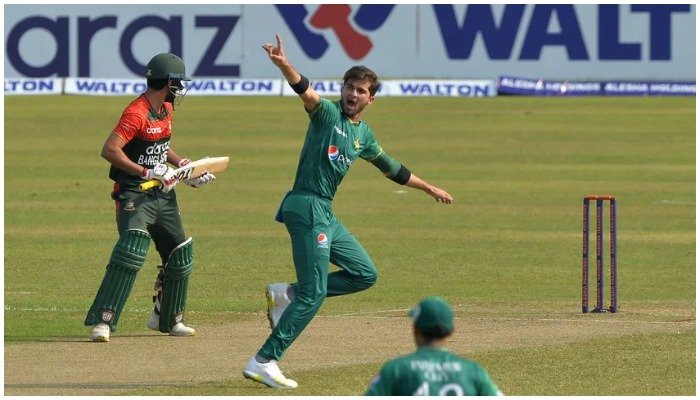 Pakistan fast bowler Shaheen Afridi has been fined 15% of his match fees for breaching Level 1 of the International Cricket Council (ICC) Code of Conduct during the second T20I against Bangladesh in Dhaka on Saturday.

The incident occurred in the third over of Bangladesh’s innings, when the Pakistan pacer knocked down Bangladesh’s left-handed batter Atif Hosain as he “fielded the ball on his follow through and threw it at Hossain, hitting him on the foot, when the batter was within the popping crease and not intending to take a run”.

A statement issued by the ICC said that the charges against Afridi were levelled by on-field umpires Gazi Sohel and Sohail Tanveer, third umpire Masudur Rahman, and fourth official Sharfudoulla Ibne Shahid.

According to the statement, Afridi was found to have breached Article 2.9 of the ICC Code of Conduct for Players and Player Support Personnel, pertaining to “throwing a ball (or any other item of cricket equipment such as a water bottle) at or near a Player, Player Support Personnel, Umpire, Match Referee or any other third person in an inappropriate and/or dangerous manner during an International Match.”

Apart from the penalty, one demerit point has been added to the disciplinary record of the player, for whom it was the first offence in a 24-month period, the statement read.