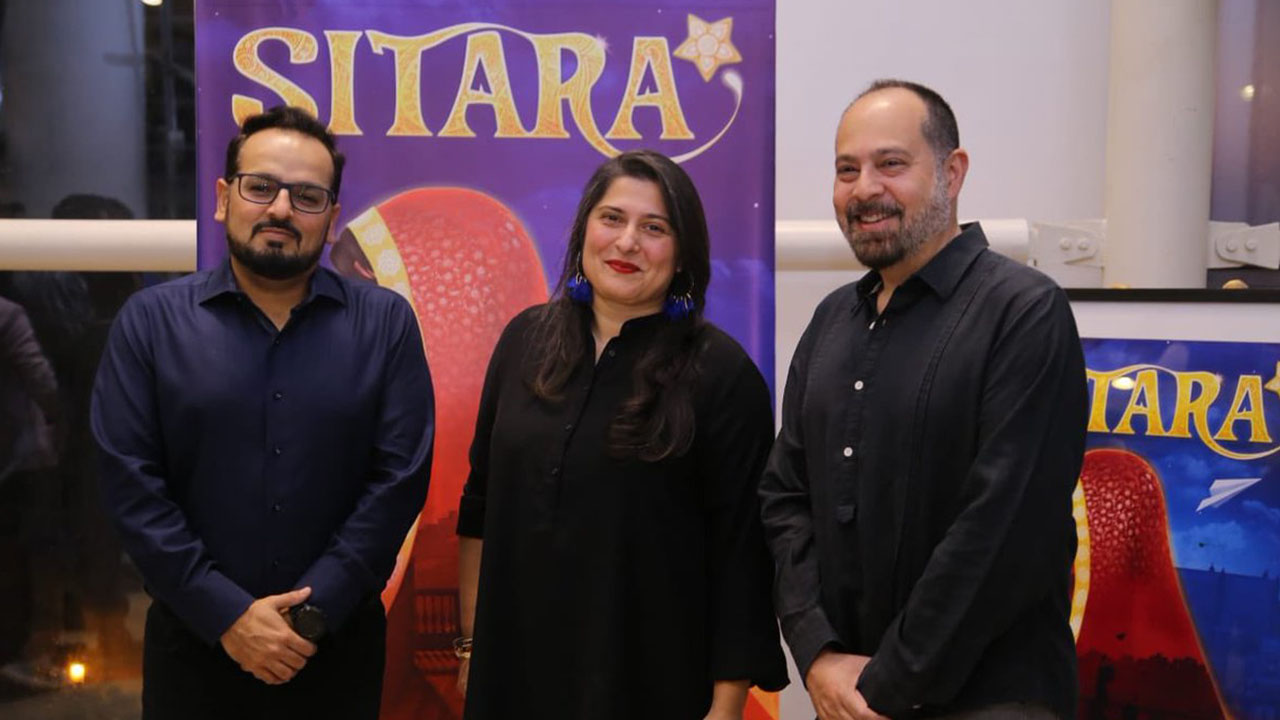 Sitara, a 15-minute silent animation film on child marriage and produced by Sharmeen Obaid Chinoy films was premiered on Monday at a local multiplex. The premiere was well attended by media personalities, celebrities, actors and film critics. All hailed the film as a landmark effort at drawing attention to the serious violation of human rights that child marriage is.

The story narrates the tale of an underage Pakistani womanchild and only employs visuals and sound to explain the theme. The protagonist is a young girl who wants to become a pilot. Yet his father ignoring her ambitions, arranges her marriage with an elderly man and she is forced to succumb.

“As people know that when I create a film, it’s not just a film, I make movements,” said Chinoy. She stresses that her aim is to make parents invest in their daughter’s dreams. She believes this makes the world more livable and equitable. She believes that women’s rights violations go beyond forced marriages. They are often denied education, choice of profession and ultimately their active contribution to the nation.

“The only mode of communication in the film is from the actions, eye movements, body movements and the music,” Obaid said, adding, “The reason we did not include a single dialogue [in this film] is that we wanted everyone to interpret the film in their own way.”

Silent film is an important genre of films where emphasis is given to facial gestures and body language.
Sharmeen says parents should show the film to their young girls and house help and it should be screened at schools.

The movie was completed in two years and has been exhibited at several international film festivals. It is also the first Netflix original form Pakistan. Sitara has already received the Best Produced Screenplay, Best Music Score and Humanitarian Award at the Los Angeles Animation Festival in 2019. The film was released on Netflix on March 8.