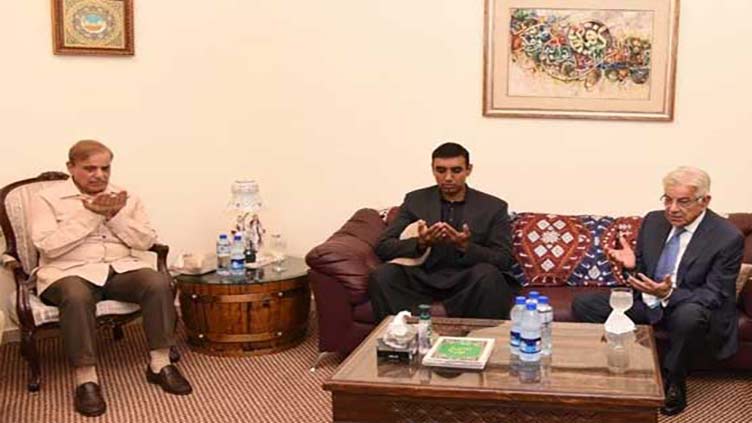 ISLAMABAD: Prime Minister Shehbaz Sharif on Wednesday said that soldiers and officers of Pakistan Armed Forces never hesitated to sacrifice their lives to protect their motherland.

PM offered Fateha for the departed soul and condoled with the bereaved family. He said that whether it is a war against terrorists or a natural calamity, the soldiers and officers of the Pakistan Armed Forces act as the protectors of the country.

The Prime Minister said that the entire country including him pays tribute to the martyrs for their sacrifices.

Earlier, on August 14, the Prime Minister also met the family of Major Talha Manan Shaheed, who was martyred in the helicopter accident, to express his condolences.