SP, SHO Clifton joined police jawans for Iftar on Thursday (today) in their bid to support Sindh Police personnel who have contributed significantly in restoring peace in the metropolis.

As per details, SP Clifton Touheed Memon along with SHO Clifton Pir shabir joined Sindh Police jawans for Iftar who were stationed at Teen Talwar, Karachi.

The senior Sindh Police officers reiterated their support and expressed solidarity for police personnel who are serving the city and have contributed towards restoring peace and stability in the city. 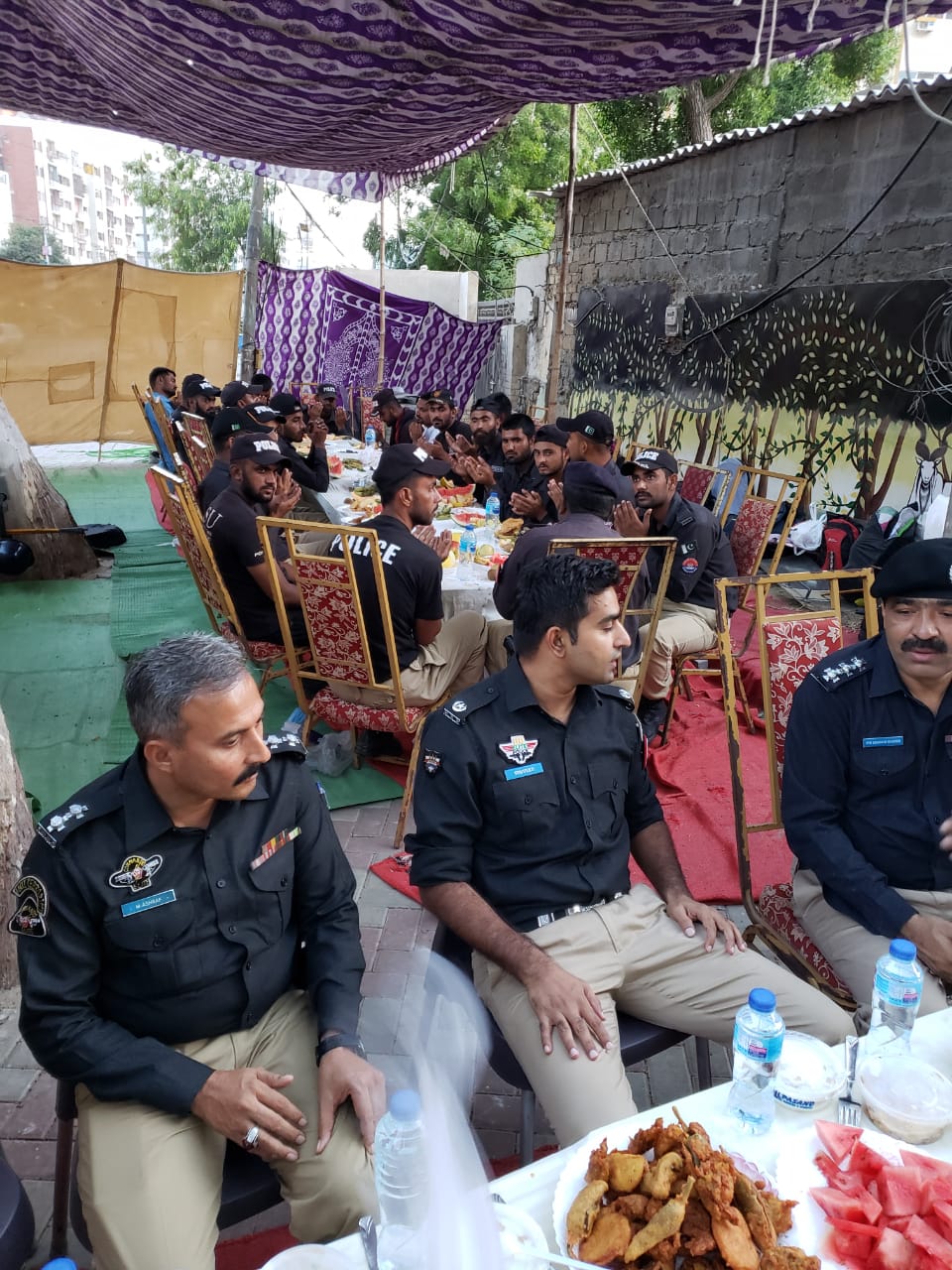 The purpose of this activity is to keep morale of the Police personnel high as they are performing their law and order duty in the month of Ramazan.

Sindh Police has played a key role in restoring Karachi’s peace and stability via eliminating terrorism, target killing, extortion, kidnapping and other forms of crimes as a front-line force.

COVID-19: Domestically produced CanSino Bio vaccine to be available by end of May

COVID-19: Domestically produced CanSino Bio vaccine to be available by…