Specific anomalies from 18th amendment to be removed: PM 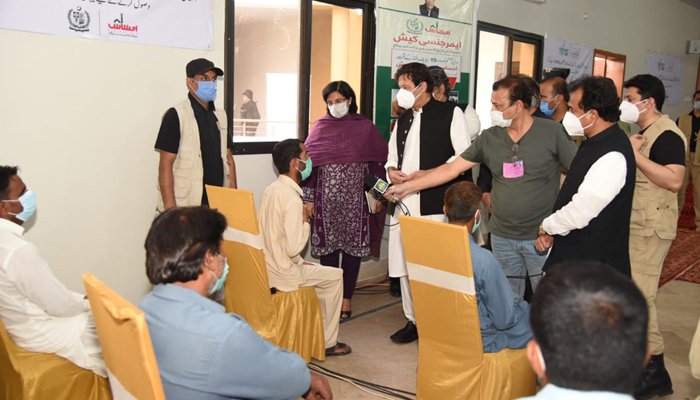 He was meeting with senior journalists belonging to regional newspapers and news channels of Sindh in Karachi.

“Some federal subjects were wrongly devolved to the provinces under the amendment, which would be returned back to the federation and for that, all the provincial governments would be consulted,” he said.

The prime minister said that he was worried about the labour class, particularly the daily wagers. He reiterated his stance that a strict lockdown is not implementable in the country owing to the associated economic fallout,.

He said that government’s decision of a “smart lockdown” had proved fruitful as not only had it “slowed down the transmission of the deadly virus” due to the cordoning off of hotspots, but also helped save the economy from a major crisis.

PM Imran said the government will now strictly see to the enforcement of standard operating procedures.

Earlier, in a meeting with Governor Ismail, he discussed issues related to the availability of medical care facilities in the provinces to tackle the coronavirus crisis, ongoing federally funded development projects, and political situation of the province.

He further said that Karachi was the hub of the economic activities in the country and full-fledged efforts were being made to develop Sindh including and the port city. He said that the development of Karachi would translate into the creation of massive job opportunities for the countrymen.

The federal government has allocated billions in the FY2020-21 budget for multiple projects in Karachi, budget documents showed.

It has allocated Rs7.95 billion for the intelligent transport system — part of the Green Line Rapid transit line under construction in Karachi.

A sum of Rs3 billion has been allocated for the Green Line bus project and over Rs2.357 billion earmarked for the Greater Karachi water supply scheme.

The budget documents show that Rs650 million and Rs350 million were allocated, respectively, for the construction of the Mangophir-Banaras and Nishtar-Mangohpir roads.

In addition, a sum of Rs384 million was allocated for reinstating the Karachi Metropolitan Corporation (KMC) firefighting system and Rs500 million for the construction on interchange on the Malir Link Road.

The federal government also earmarked Rs440 million for the road construction on the Malir Dam.

The documents indicated that Rs217.9 million were allotted to the construction of water and drainage line and roads in Karachi’s East district, whereas Rs623 million and Rs120.74 million was allocated for the same project in the Korangi and Central districts, respectively.