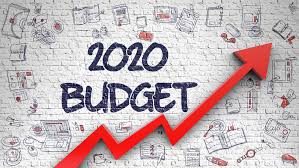 The government will not introduce any new tax in the forthcoming budget for the fiscal year 2020-21 as a step to provide relief to the masses while harsh measures will be taken to curb tax evasion.

Federal Board of Revenue will be given special directions/powers to stop tax evasion in the country.

The government will curtail its expenditures and will not increase pension of the retired government employees, the sources added.

Abdul Hafeez Shaikh said the preparations of the federal government to finalise the next budget. He had said that the matter of salaries was an important phase of a budget which was usually approved by the federal cabinet during the last days of finalising the budget.

“International Monetary Fund (IMF) is emphasizing the government to set Rs5,100 billion tax collection target for the fiscal year 2020-20 while the Finance Division proposed to set target of Rs4,600 billion.”

In view of ongoing tense situation in the region, it will be difficult for the government to cut defence budget, the sources said and added Rs1,400 billion would be allocated for the defence.

Earlier on June 3, Adviser to Prime Minister on Finance, Abdul Hafeez Shaikh had said that the federal government will not impose new taxes in the budget for the next fiscal year.

Prince William – a secret volunteer for a mental crisis hotline

Pakistan strongly condemns shameful acquittal of those responsible for demolishing…